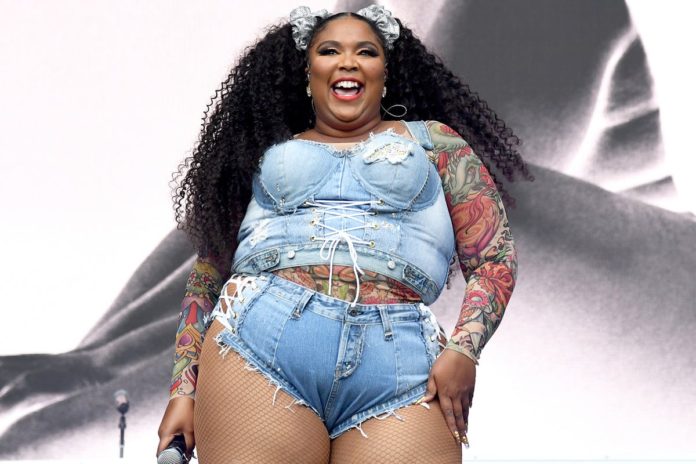 Lizzo has broke the barriers of normal during her blow up in 2019. She has given confidence back to those who have lost their way while also providing great music. Her energy on stage is unmatched and the energy she passes on to others around her is not commonly heard of in the world of Hollywood. During the December issue of Vogue UK, Lizzo opens up about her experiences with anxiety and  being a role model in this industry.

Lizzo is originally from Huston, TX and began her love for music as a young girl. Beyond her young musical talent she also wealth with situations that helped her grow her tough skin. She has now passed the days of bullies and classes but the natural anxiety that came with bullying has stuck with her over the years. This effects her in her adult life and how she is as a performer. “When I get really, really anxious before a show, I just go harder and harder and harder when I’m performing and I just go crazy,” she says. Most people would say anxiety is a bad thing but Lizzo uses it to her benefit.

As a woman who emphasizes body positivity no matter what shape you are is a reason many people love her. Lizzo’s stardom has manifested during the best time especially while living in the climate of our society. As being the woman who is a great representation for black women. “When you don’t see yourself, you start to think something’s wrong with you. Then you want to look like those things and when you realise it’s a physical impossibility, you start to think, ‘What the fuck is wrong with me?’ I think that took a greater toll on me, psychologically, growing up than what anyone could have said to me.” Lizzo has a job where she can  reveal who she is and wants the same things from her fans. “I’m trying to sell you, you.” Said while speaking to Vogue. We appreciate everything Lizzo is doing to create a change in the mindset of fans.