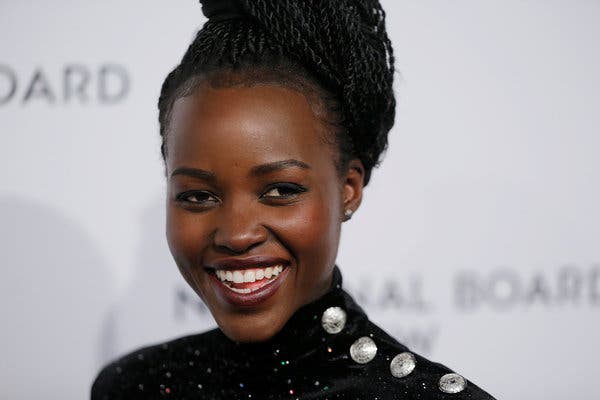 Beyoncé had women and girls with brown skin tones feeling empowered with her latest hit ‘Brown Skin Girl’ from the album, The Lion King: The Gift. The song quickly became fans favorite for being an anthem for those particularly with dark skin. The singer dedicated a portion of the lyrics to celebrate some of Hollywood’s dark-skinned queens such as Kelly Rowland, Naomi Campbell and Lupita Nyong’o. The uplifting anthem caused a social media craze and shortly after a #BrownSkinGirlChallenge was created that had everyone joining in.

Essence caught up with Lupita at the annual HAS Mask Ball in Harlem and she discussed the conversation she had with Jay-Z about the song. “I didn’t talk to Beyoncé but I spoke to her husband and I sent my appreciation…you saw my reaction when I heard it for the first time (referring to the social media videoshe posted jamming out to the lyrics) I was elated! It’s a ticklish, kind of, Giddy feeling to have someone like Beyoncé shout you out in a song…and a song that is meaningful and so much fun…It’s so uplifting.

According to The Daily Mail Beyoncé should be releasing a visual for the song coming soon. They obtained a copy of a casting call that was looking for normal people based in London to appear in the video shoot that was held on Oct 31st and Nov 2nd. The visual will be directed by Jeen Nkiru, who previously worked with Beyonce and Jay-Z for their Ape Sh*t music video.