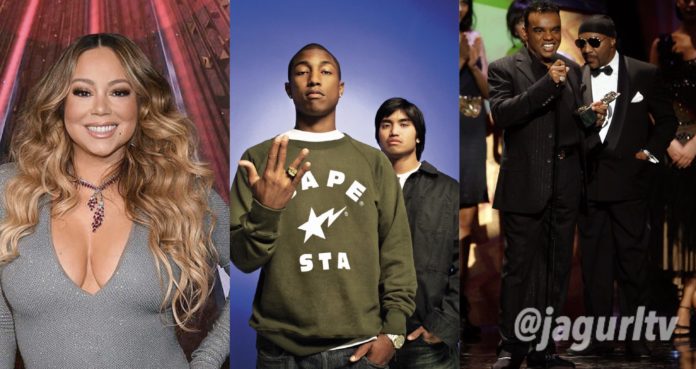 Just one day after the Rock and Roll Hall of Fame announced its class of 2020, the Songwriters Hall of Fame followed suit and shared its 2020 class. The Neptunes, (Pharrell Williams and Chad Hugo) Eurythmics former members Annie Lennox and Dave Stewart, the Isley Brothers, Rick Nowels, Steve Miller, William “Mickey” Stephenson, and Mariah Carey will all be inducted. “I can’t believe it . . . The SONGWRITERS HALL OF FAME!!!!” Mariah Carey wrote on Twitter. “This is truly one of the greatest honors of my career,” adding that she is “so proud and humbled.” These songwriters become eligible for induction after writing hit songs for 20 years.