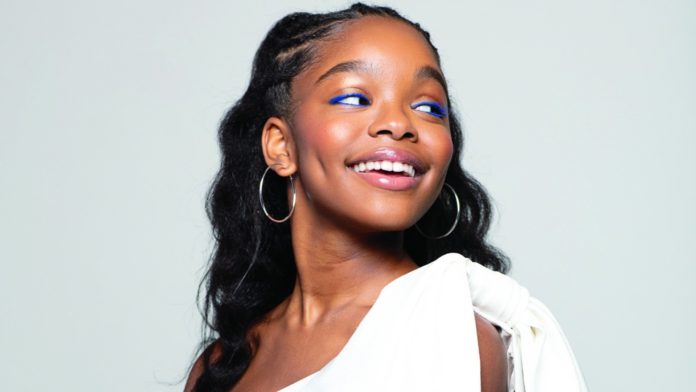 15-year-old, Marsai Martin, is a force that is not to be played around with. The youngest executive with her own Los Angeles based production company cleverly named, Genius Entertainment, is taking her skills to other big networks.

After producing a major comedy film, Little, last year with Universal Studios, she is continuing her working spree by now becoming a host. The world’s smallest functional talk show, Tiny Talk Show, is set to premiere on Quibi.

According to a statement released by the Quibi, Martin will “ask the big questions and steer us through this new world as we discover sometimes the littlest voices are the loudest.”

Martin claimed, “Excited to announce this project! Thanks to @Quibi, Art & Industry and all of our producing partners. A special congrats to my Head of television, Nicole Dow. Here’s to the first of many💙💙”

Martin will also be an executive producer for her show along with parents, Josh Martin and Carol Martin.