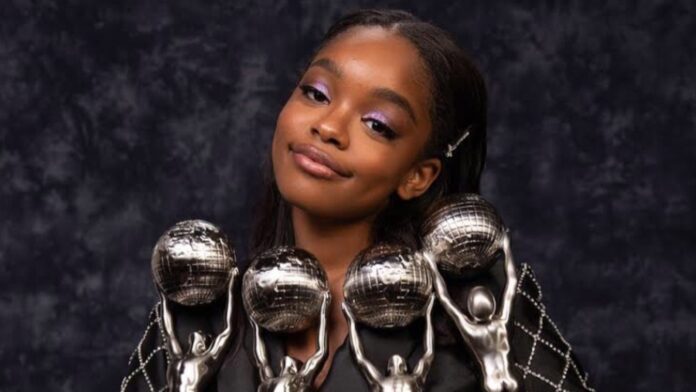 Since the age of 10, Marsai Martin has played the lovable Diane Johnson on the hit family-sitcom “Black-ish“. With 8 seasons under her belt, the actor and now producer, along with fans, can’t believe the show is coming to an end. “I think, honestly, it still hasn’t processed yet that we’re done.”

Being able to share the screen as apart of a TV family with icons like Jenifer Lewis, Laurence Fishburne, Tracee Ellis-Ross, and Anthony Anderson have equipped the young actress with skills that will last throughout her career.

Marsai Martin had a front row seat for the past 7 years, learning and developing her own craft while watching her co-stars. “I’m not the type of person that really asks for advice, but…I would say how I get my advice is from seeing someone’s work in their craft and how dedicated they are to it,” Martin said. “I think just seeing legends on set is like no other. Seeing Laurence work every day and Jenifer, the mother of Black Hollywood, work every day and Anthony and Tracee giving us pointers throughout the series has been amazing and it’s been a crazy experience, like no other.”

Although the show is coming to an end, we can expect to see more of Marsai in her producer bag! She is already credited as Hollywood’s youngest producer. She remains booked and busy with the knowledge she gained from the her experience on the show and we cannot wait to see what project she takes on next.