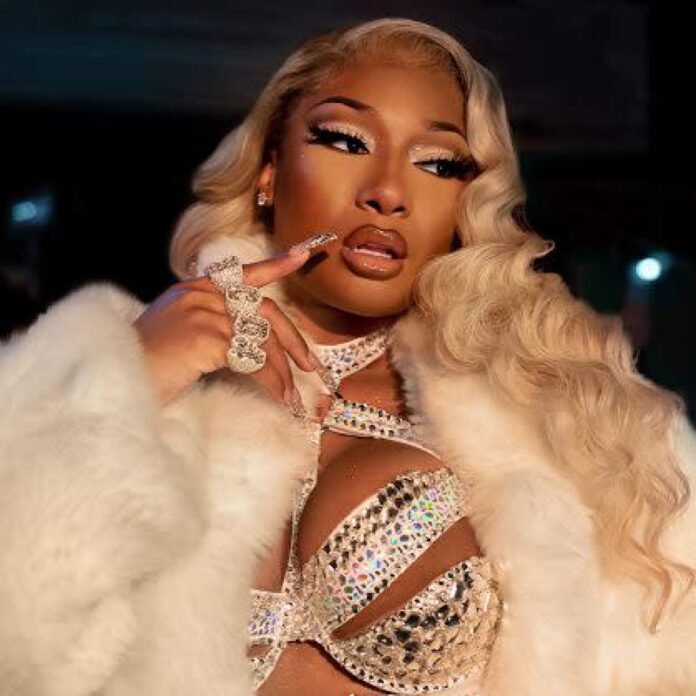 The popular Starz drama, P-Valley, is about to get way hotter as fans prepare to meet Tina Snow!

The television series created by Katori Hall, premiered back in 2020 and gained instant popularity during quarantine. We follow the story of popular strip club,The Pynk, located in Mississippi where boundaries are crossed when the spot is welcomed by Mercedes, the dancer, and Uncle Clifford, the club’s discreet owner. According to The New Yorker, the series “skillfully meditates on colorism, land restitution, domestic violence, and the business of sex—and now, in Season 2, COVID.” This season has been filled with twists, turns, and celebrity guests including reality tv star, Joseline Hernandez. Now Grammy award winner and our favorite “Hot Girl”, Megan thee Stallion, will make her debut as her alter ego Tina Snow.

We were first introduced to Megan’s alter ego Tina Snow in her early rap career days. Tina Snow was the second project released by Megan in 2018 which had hits like “Big Ole Freak”, her first entry on the US Billboard Hot 100. Megan has also been stated saying that Tina Snow is “a more raw version” of herself. We haven’t seen much of this second personality since then but she is said to be back with a vengeance on the ninth episode of season two titled Snow. In addition to making an appearance, Megan also wrote and recorded an original song for the new season to be featured in a later episode.

This will not be the Houston rapper’s first appearance on a television show. She premiered her acting skills as a character named Onyx on an episode of the NBC series Good Girls and served as a judge on the first two seasons of Legendary.