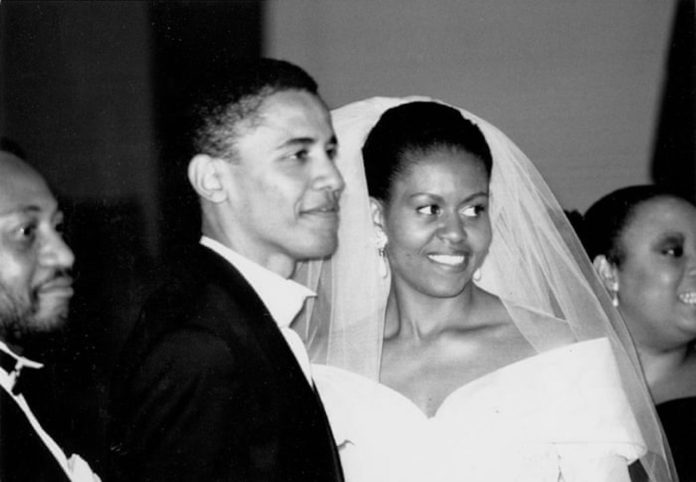 For the sixth episode of the Michelle Obama podcast, the former First Lady gave her perspective on relationships and dating.

Television host, comedian, writer, podcaster, and producer, Conan O’Brien joined the discussion to give a males perspective on what it takes to develop long lasting relationships. Obama and Brien both gave their input as married folks on the differences between men and women when it comes to marriage. Although both parties have been married for over 15 years, the journey to get to where they are now came with its ups and downs.

“The same is true for me, and I think a man’s inclination to wait and to kind of go out there and search and get himself ready, I think is a good instinct that more young women should think about,” she said.

Obama has always known she wanted to be married but noticed it took her husband a more time to get acclimated to the idea. Barack Obama was more hesitant because his parents got divorced and his grandparents had a rocky marriage. Similarly to Barack, Brien also admitted he wasn’t ready to get married until his late 30s.

Obama also related marriage to creating a basketball team from scratch. “We’d have better marriages,” she said, “because if you’re looking at a team, the people you want to win with, then number one, you want everybody on your team to be strong, right? You don’t want any weak links, you don’t want somebody that you can dominate, you don’t want somebody who’s kind of a loser. Also, if you’re on a team, you’ve got to be able to do everything—especially in basketball, it’s like, you would never pick somebody that says, ‘I only dribble. I don’t shoot, I don’t defend, I just dribble.’”

Take notes because here is the most important gem she dropped on the episode. “Do you want to build something with someone? There’s no magic way to make that happen except getting the basics of finding somebody, being honest about wanting to be with them, to date them seriously, to plan on making a commitment, to date them, seeing where it goes, and then making it happen,” she concluded. “You can’t Tinder your way into a long-term relationship.”

Listen to the full episode HERE.