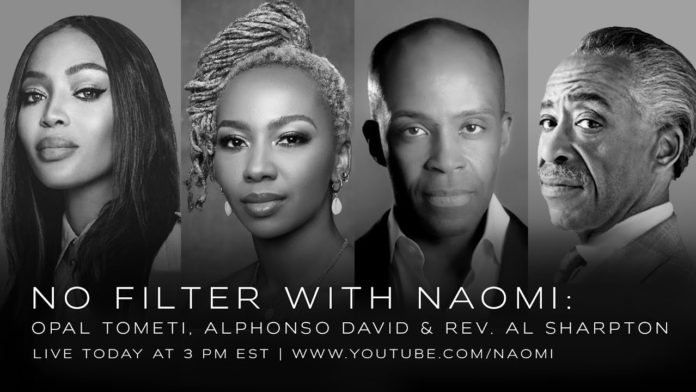 Super model, Naomi Campbell, has gotten the green light for season two of her hit show No Filter with Naomi. Naomi has always been known for breaking barriers and speaking her mind. With that carefree spirit, it’s no surprise her show had been such a big hit.

During season 2, Naomi wants to address cultural and political points that speak toward what humanity is currently going through. The series is relaunching with a special episode dedicated to the Black Lives Matter movement with special guests Al Sharpton, Alphonso David, and Opal Tometi.

The series first debuted on April 6th, as an installment of her Being Naomi youtube series. The show features intimate conversations amongst Naomi and her friends in fashion, entertainment, and beauty including Marc Jacobs, Nicole Richie, Ashley Graham and more.

Now with a focus on topics such as social justice, race, gender and sex equality, Naomi plans to expand the conversations between her and her fans and use her platform to encourage change. With an audience of over 2.5 million, Naomi has a influential platform and can motivate some powerful moves.

The show is available for live stream on YouTube weekdays at 3pm EST. Make sure you tune in and join the conversation!