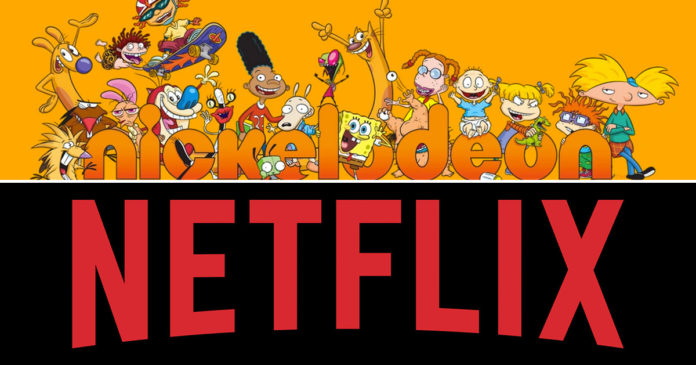 Nickelodeon has joined forces with Netflix to bring some of your favorite characters back to life in original series and featured films. According to The New York Times, Netflix and Nickelodeon announced a deal on Wednesday for Nickelodeon to create and produce original animated feature films and television series based on Nickelodeon’s library of characters. The deal will also includes shows based on completely new characters. Here’s what we know so far on the partnership.

Although the companies gave no specifics on characters, the number of shows or how many years the deal will remain in place. What we do know is that the deal will highlight a “SpongeBob Square Pants” spinoff. Nickelodeon has also been working on new content, like a Teenage Mutant Ninja Turtles reboot and Blue’s Clues remake, according to engadget.com.

Nickelodeon has been the home to some of our favorite childhood shows and it continues to be a go-to for many children today, “Nickelodeon has generated scores of characters that kids love, and we look forward to telling wholly original stories that reimagine and expand on the worlds they inhabit,” Melissa Cobb, Netflix’s Vice President of Original Animation, said in the news release.

The deal may reflect a strategic shift at Nickelodeon to challenge Disney+ which was launched Tuesday, November 13th, 2019. “Nickelodeon’s next step forward is to keep expanding beyond linear platforms, and our broader content partnership with Netflix is a key path toward that goal,” said Nickelodeon’s President Brian Robbins, in a news release.