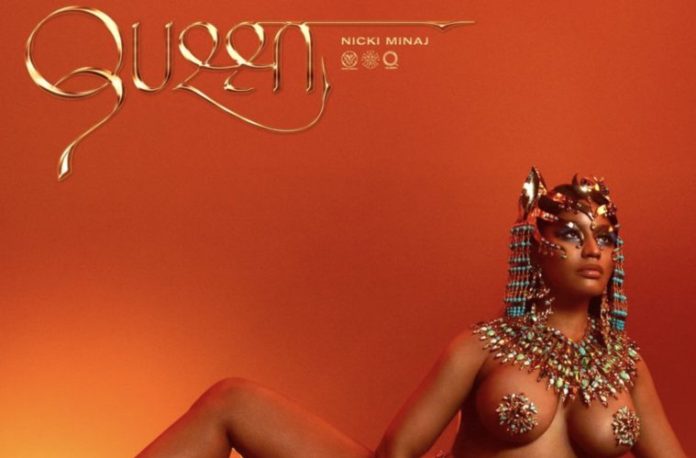 Nicki Minaj often professes herself to be the queen of rap, and has respectively named her album such. After changing the date twice, Nicki Minaj released Queen, her fourth studio album, on August 10, 2018. This album is the first major project to come from Minaj following her social media hiatus earlier this year. Here’s a breakdown of the tracks:

The first track of the album is something we’ve grown to expect from Minaj. The song fuses pop music with a hint of afro-beats, and Minaj sings the chorus. With lyrics, such as, “at least I can say I wrote every rap I spit,” she is once again demanding the respect on her name.

Once again referring to the title of “queen”, Minaj continues to boast about her appearance and skill with the help of Eminem and Labrinth.

Minaj gives credit and pays homage to Notorious B.I.G., sampling his song, Just Playing (Dreams). On this track, Minaj directly calls out many celebrities, including Drake, DJ Khaled, and Eminem. This song has received some of the most positive responses from listeners compared to the rest of her album, and even inspired a shortly-lived social media challenge. Many fans loved the bluntness of the lyrics, although Minaj assured fans that it was not a diss song, and referred to it as “light-hearted.”

In usual Nicki Minaj fashion, Rich Sex is a club-friendly song about owning your sexuality. The track starts with the lyrics, “ I know what these n*****s like, and it ain’t my charm.” Minaj raps about knowing what you’re worth.

This track showcases a very autotuned Minaj in the chorus, and a very typical flow in the verses. Minaj continues to brag about her success, appearance, and “hard to get” status.

Teaming up with her good friend Ariana Grande, Minaj raps about waiting in bed for a special someone.

In this song, Minaj sings about betrayal. Yes, sings. Instead of rapping, Minaj chooses to sing short, repetitive versus about someone she thought she knew. The style is much more suitable for The Weeknd’s voice, and he adds more vocal appeal to the track.

Minaj sings once again. This time it’s about now wanting to trust someone, but debating if she should run and hide.

Chun Swae is definitely an underdog on this album. The song starts with a high pitched, chorus from Swae Lee, and is a rap-singing sound that only seems to work for him. Nicki Minaj then proceeds to deliver a flow that could have earned her “song of the summer” had she released it as a single. It’s unexpected, but definitely reminiscent of “mixtape Nicki”.

Being the first single off the album, the song is interesting enough to catch your attention. Although the lyrics are not particularly ground-breaking, the song is definitely radio-worthy.

This is another underrated song on the album. Although it is not as lyrically sounds as some of the other songs, it embodies an energy that Nicki Minaj is known for. It also contains a hint of women empowerment; which Minaj is known for as well.

While this song is not exactly “quotable” as far as the verses, the chorus provides a really great club anthem and can be fun to dance to.

Minaj has gone back to singing on this track, this time about having to switch things up on a person who betrayed her.

This song feels just a little too short. Although the bubblegum pop sound does not necessarily coincide with the rest of her album, her vocals sound good, it’s catchy, and a full-length track would have been nice.

Although this song is okay, it’s ill-fitting for the album. It sounds like a pop song that should’ve been released separate from the album.

With the help of Future, Minaj continues to brag about her appearance, her success, and rhymes random references together.

Choosing to test the waters in this age of drug rap, this song is about drugs in Miami.

Minaj chooses to team up with fellow New York rapper Foxy Brown for this track. This song seems to be less focused on her, and more of a homage to where she’s from.

Nicki Minaj chooses to end her album by dedicating 3:14 to naming many of her inspirations. It’s a nice way to end the album, and signifies her growth, as a person and an artist.

The Queen album, just falls short of what many were expecting from “The Queen of Rap.” It seems more geared towards achieving commercial success than expressing who Minaj is as a person. If this record is any indication, however, Minaj may want to explore her passion for singing more.