Home Headline Offset Supports Georgia Voters By Giving Out Food While They Waited to... 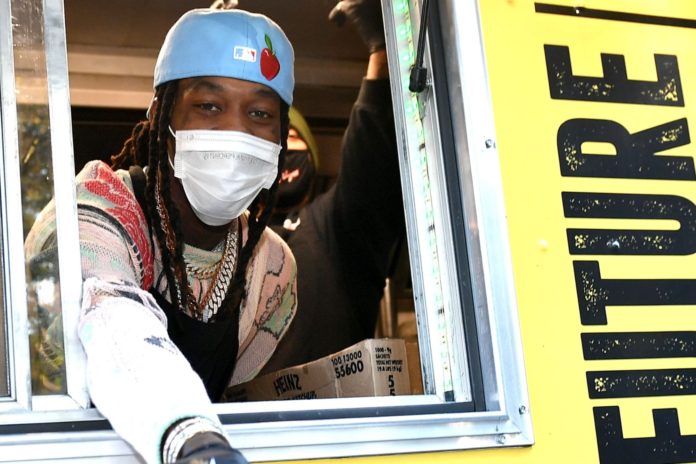 Offset joins the list of celebrities showing up to the polls, meeting fans and handing out food in order to encourage voter turnout.

On Tuesday, the Migos rapper partnered with the Lincoln Project to provide free food to voters as they waited in long lines to cast their ballots.

Offset posted a video of himself after voting on to his Instagram Live. In the video, the rapper shows off his “I Voted” sticker and encourages fans to come out to the polls.

#Offset made it out to vote but ran into issues from GA officials while trying to feed voters at the polls. SWIPE

This is not the first time Offset has used his platform to encourage voter turnout. In late October, Offset participated in a public service announcement where he explains how he was previously misled to believe he no longer had the right to vote after being convicted of a felony at the age of 17.

I was told my voice didn’t count. It does. You don’t think your voice counts? It does. My voice + your voice can make real changes. I’m figuring things out. You can too. #EveryVoteCounts #Vote2020 #LearnTheIssues @common @aliciakeys @rollingstone @wearepushblack @whenweallvote 🎥: @frassysassy

“It still could be 10 times better, but you’ve gotta vote. That’s what changes the rules, change the laws.” Offset says in the closing of the video, further explaining the purpose of voting. “I really felt good voting, because I was told I couldn’t, or I was told I wouldn’t be able to clean up or get away from my past and look where I’m at now. I voted and I was able to be a part of where I live which is at home here in America. My voice matters.”