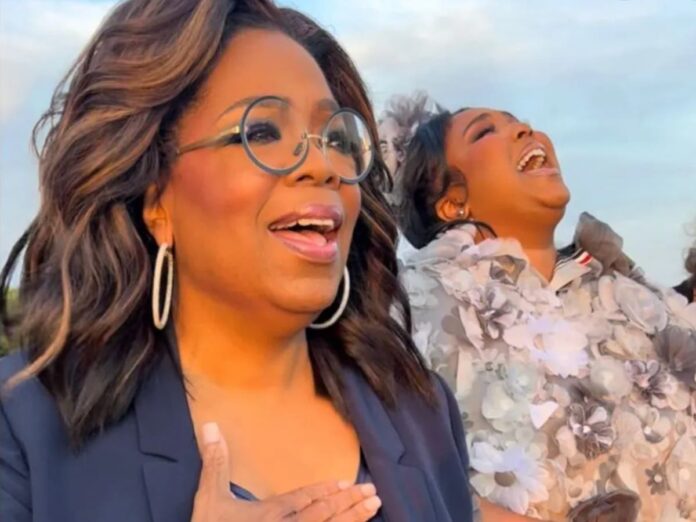 Adele’s One Night Only 2 hour special premiered on CBS Sunday November 15 and it gave what it needed to give. There were plenty of spectacular moments but one of the highlights of the evening is the unexpected Oprah Winfrey and Lizzo duet. As Adele took to the stage at the Griffith Observatory to perform her hit song “Hello”, video footage caught the duo singing along in unison. Oprah shared the iconic footage on her Instagram page.

This moment is the epitome of going to see your favorite artist in concert with your best friend.

Adele released “Hello” in October of 2015 as the lead single of her third studio album 25. It debut on the top of the Billboard Hot 100 charts for 10 consecutive weeks earning her 7 nominations at the MTV Video Music Awards, and 3 Grammy wins for Record of the Year, Song of the Year and Best Pop Solo Performance.

Oprah’s lip singing wasn’t the only moment she had with the Pop Star. The two sat down for the highly anticipated one-on-one. Adele opened up to Oprah about her album, her divorce, her flourishing romance with Rich Paul, her weight loss journey amongst many other things. Adele’s latest album 30 comes out November 19th, and if you missed the spectacular event you can catch it again on the Paramount Plus app.