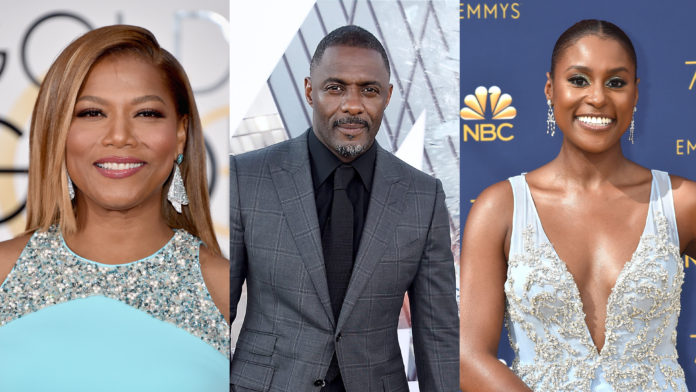 Actor/Activist Kendrick Sampson, an actor from HBO series “Insecure“, recently launched BLD PWR organization. Lately, Hollywood4BlackLives, a part of BLD PWR, has generated a lot of buzz in Hollywood. Hundreds of performers, are joining together to demand Hollywood steps up the battle against racism.

Idris Elba, Viola Davis, Queen Latifah, Kerry Washington and Chadwick Boseman, just to name a few, are part of over 300 people to sign a letter addressed to our allies in Hollywood.

“Hollywood has a privilege as a creative industry to imagine and create. We have significant influence over culture and politics.  We have the ability to use our influence to imagine and create a better world,” the letter states.  Yet, historically and currently, Hollywood encourages the epidemic of police violence and culture of anti-Blackness.”

The letter calls for Hollywood to separate themselves from the police and anti-black content. The letter also askes Hollywood to “invest in Black lives,” by following the example of “Minneapolis School District, Denver Public Schools, the University of Minnesota and many other institutions in divesting from the policing system and investing in Black community.”

According to the BLD PWR website, the organization works at the intersection of grassroots and narrative activism. We partner with artists, storytellers, grassroots groups, and community activists dedicated to challenging injustice by empowering frontline communities to address issues that affect their lives.”

To read the full letter, check out BLD PWR website.