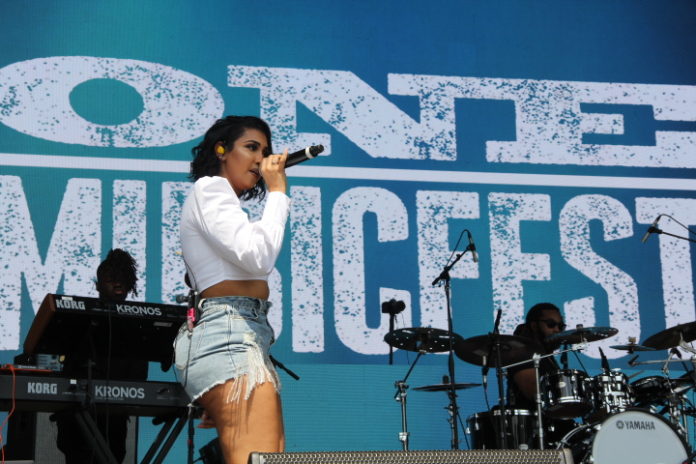 Queen Naija had one of the biggest outbreaks as an artist in the year of 2018. Dropping three singles, and an Ep, she opened the doors and introduced the world to who Queen Naija really is. She has been featured on several songs including “Come Closer” with A Boogie Wit Da Hoodie and has made several appearances on shows; such as BET Awards.

While working on her career, she still manages to post weekly vlogs on her YouTube channel with her two boys, CJ and Legend, and her boyfriend, Clarence. After blessing the stage at Atlanta’s One Music Fest with her soulful vocals, Queen Naija stopped by to chat with JaGurl TV about balancing being a mom, and working with Jeezy on his new album ‘TM104: The Legend of the Snowman’.

“People ask me that question all the time as to how I balance being a mom, vlogger, and artist. I just do it! I don’t know. I do it because I have to. How I balance it? I tell people ‘No’ when it needs to be said.”

Queen recently had the opportunity to work alongside Jeezy for their song, ‘Fake Love’. “One day I believe this was during my pregnancy. I wasn’t working on an album, but a lot of features were coming in and they were like Jeezy wants you to hope on this record. I was like yes, he’s a legend! So that’s really how it happened.”