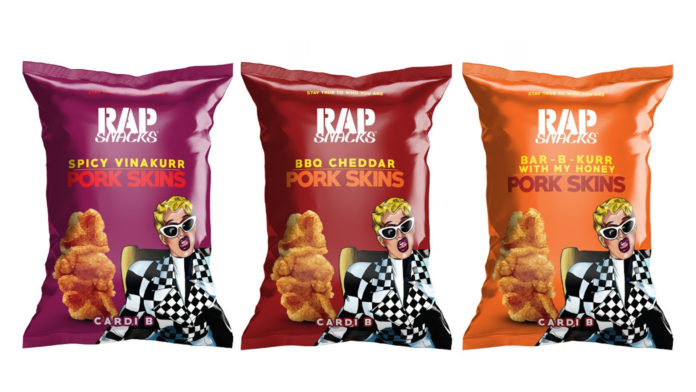 The potato chips for the culture, Rap Snacks, has continued the trend of featuring major recording artists since 1994. The “Official Snack of Hip Hop” keeps their bags flying off the shelves by giving each rapper has their own distinct flavor accompanied with a cartoon version of the rapper on the front and a brief quote from the artist on the back. After revamping the Rap Snacks brand and relaunching in 2016, Rap Snacks has grown above and beyond expectations. Currently featuring top Hip Hop artists such as Migos, Cardi B, and Boosie on its bags, the official snack of Hip-Hop culture is quickly becoming a national favorite.

Rap Snacks is launching an exciting new voting resources initiative titled “Rap Snacks Vote” in light of the 2020 presidential elections. Consumers can go directly to the RapSnacksVote.com to provide voters with the necessary tools to prepare for early voting , mail-in voting, and election day. Resources that are a part of the initiative include a poll locator (state by state), voting by mail request sites, and voter registration information.

On the heels of the Rap Snacks Vote initiative – the brand rolled out their new pork skins product which features Cardi B on the front of the bag and includes three different flavors (Bar-B-Kurr with My Honey, Spicy Vinakurr and BBQ Cheddar.) The flavors are available in Southeastern Walmart locations as of October 19th. The built-in QRCodes on all Rap Snacks product bags nationwide, including the new Cardi B product launch, will take consumers directly to the website homepage for knowledge and resources for voting on the go.