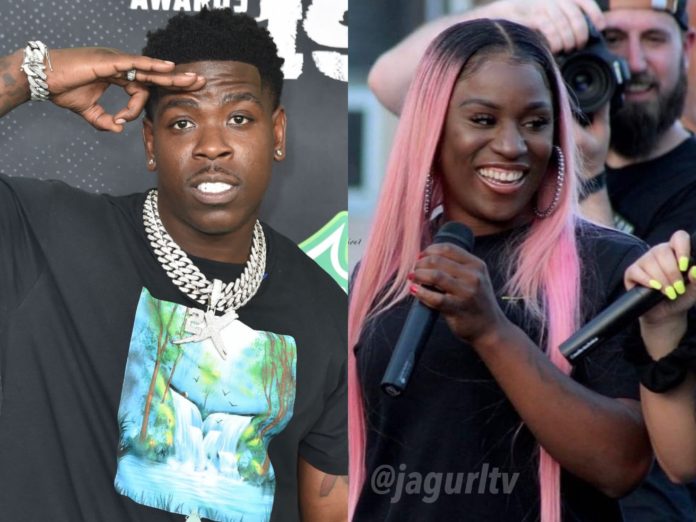 On Saturday, the hottest stars in Hip Hop gathered for the 2019 BET Hip Hop Awards at the Cobb Energy Performing Arts Center in Atlanta, Georgia. Roc Nation artist, Casanova, caught up with JaGurl TV on the green carpet before heading into the show. When asked who is someone that he would like to spread love on in the hip-hop scene right now Cassanova said without hesitation, Rocky from Philly. “She did the So Brooklyn Challenge and she was dope”, Casanova stated.

Rocky is an independent artist and in her interview with DJ Self of Power 105.1 she states that she can make it without a label because she’s that good. This may sound like an overly confident statement, but without a label she’s earned 150K followers on Instagram along with a verified account. Her So Brooklyn Challenge videoreached over 154K views on her Instagram page and over 252K views on Casanova’s page when he reposted the video.

Casanova also spoke about his new album entitled “Behind These Scars” set to release on October 11th, 2019. You can also expect more music on the way from Casanova.