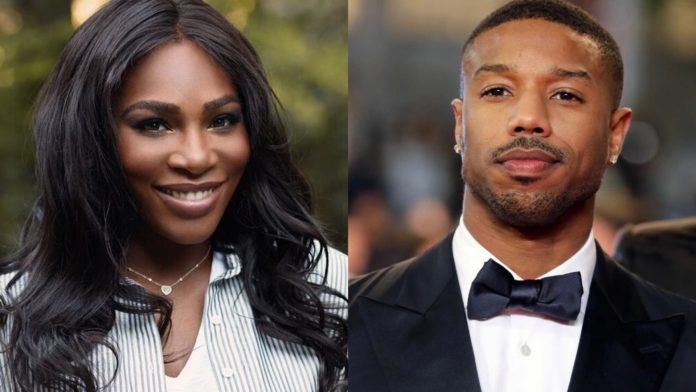 Tuesday, Serena Williams and Michael B Jordan kicked off the first night of Vanity Fair’s Cocktail Hour, Live! with a lively conversation. The duo openly discussed their careers and upcoming projects.

During this exchange, Williams announced that she signed a first-look deal with Amazon Studios.

“We’re working to create some scripted and nonscripted stuff,” the tennis superstar shared. “Just bring really interesting stories that really touch the heart to the screen.”

After a quick introduction by Vanity Fair’s editor and chief Radhika Jones, the two watched an exclusive preview from Jordan’s upcoming Amazon Prime film Without Remorse.

“I’m pretty excited about this one,” Jordan shares with Williams.

“In choosing what projects I want to produce but also be the star of, I wanted a high-octane action movie that was commercial, the was international,” he explains. “And this property, this I.P., was the perfect vehicle for me.”

Following this news, Williams shares her own new business deal with Amazon and her venture into production. In contrast to Jordan, the world tennis champion wants to produce feel-good projects. Along with creating scripted and nonscripted content, the 23-time- Grand Slam winner will star in documentaries highlighting her career.

The pro-athlete asked the Hollywood actor for tips and advice as she begins her venture into production.

“Build a really strong team around you,” Jordan tells Williams. “When you start to assemble that core group, they have to be a reflection of your and your taster and the things that you like.”

His second piece of advice for Williams is to “be fearless.”

Don’t miss Act 2 or 3 of Vanity Fair’s Cocktail Hour, Live! Click here to purchase your tickets or learn more about the events.

A portion of tickets sales will be donated to the Motion Picture & Television (MTPTF) and help support COVID relief efforts.