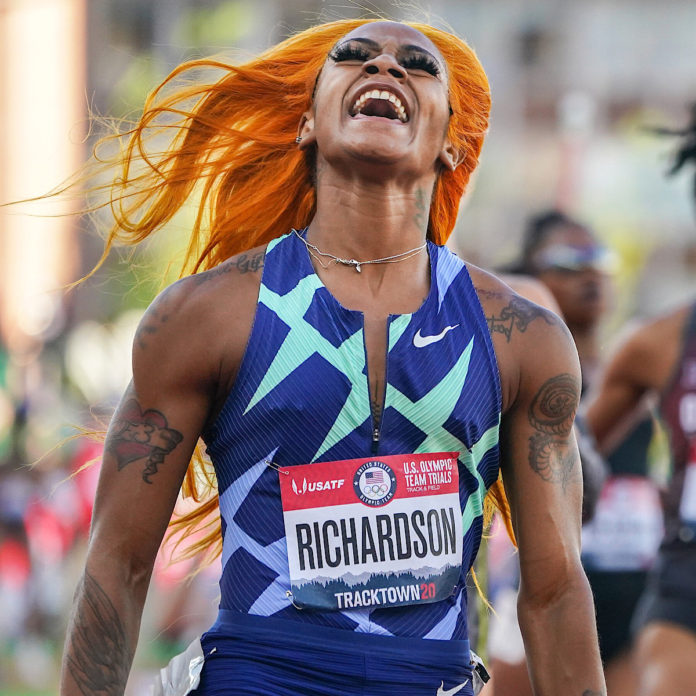 It’s a beautiful thing to witness when the Black community comes together and hold each other down. After news broke that 21-year-old track star Sha’Carri Richardson was suspended after testing positive for THC, the community made and uproar. Support poured out from all angles because due to fan base she created after she ran the 100 meters in an incredible 10.86 seconds and earned a ticket to the 2021 Tokyo Olympics on June 19th.

According to a statement from the U.S. Anti-Doping Agency, Richardson accepted her suspension for an anti-doping violation which lead her to being disqualified.

“The rules are clear, but this is heartbreaking on many levels; hopefully, her acceptance of responsibility and apology will be an important example to us all that we can successfully overcome our regrettable decisions, despite the costly consequences of this one to her,” said USADA CEO Travis Tygart in a statement.

USA Track and Field released a statement saying that the situation is “incredibly unfortunate and devastating for everyone involved.” Team USA also responded by saying they were “heartbroken.” Richardson went to her Twitter to write a brief message stating, “I am Human.” During an interview on NBC’s Today Show, Richardson said she turned to marijuana to cope with the relationship she had with her mother.

Well the uproar must have worked because as of today it has been announced that Richardson accepted a 30 day suspension that ends July 27th. This will be enough time for her to run the women’s relays.