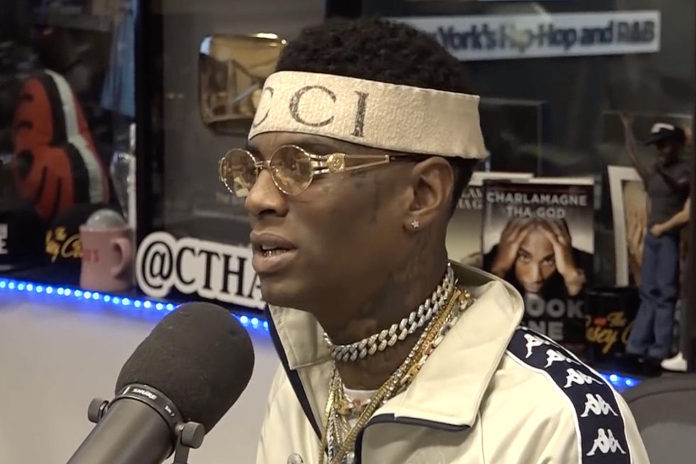 Soulja Boy Tell Em sounded off on a couple of his fellow rappers during an interview with the Breakfast Club on Wednesday morning.

Calling out Kanye West for supporting Trump and “kiss[ing] them folks a** at Louis Vuitton and Adidas.” He went on to say, “You cryin’ every week on Twitter about Drake. You gotta stop that s**t bro! You Look Lame!

He even shaded Drake and his fellow Young Money member Tyga. It all started when Charlemagne Tha God and DJ Envy said that Drake is the “biggest rapper in the world,” to which he exclaimed, “Drake? The n**a that got bodied by Pusha T? The n**a that’s Hiding his kid from the world but his world ain’t hiding his kid?” Clearly disagreeing he then said, “you n**as better stop playing with me. Stop telling me like I ain’t teach Drake everything he know.”

His jabs at Tyga were also personal commenting on how Kylie Jenner started dating Travis Scott right after their breakup.

What brought on the rants from the rapper is unknown but one thing for sure is that it did make for an entertaining interview. See the interview for yourself here.