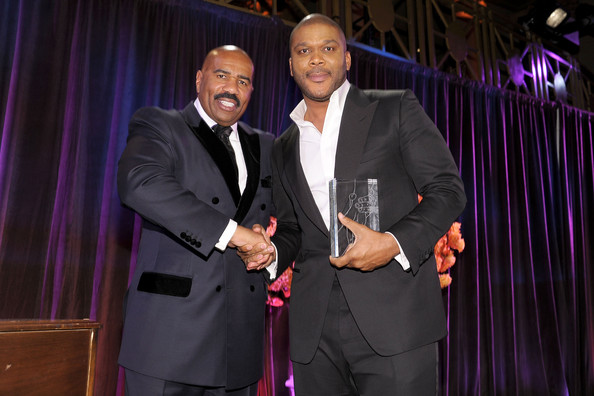 Less than a month after the grand reception for Tyler Perry Studios in Atlanta Georgia, Steve Harvey hinted that he just wrapped up a special project at the studios. He did not say whether it will be a television special or movie, but that it will be coming soon.

Perry’s studio is groundbreaking in the film and entertainment business; he is the first African American to own his own movie studio lot.

Today on Instagram, Harvey posted a video of his visit to the studios. Harvey wrote in the caption, “This brothers studios, you have to see it. UNBELIEVABLE!!!!”

With Harvey’s daytime talkshow ‘Steve’ coming to an end after cancellation by NBC, fans of both men can look forward to a collaboration soon.