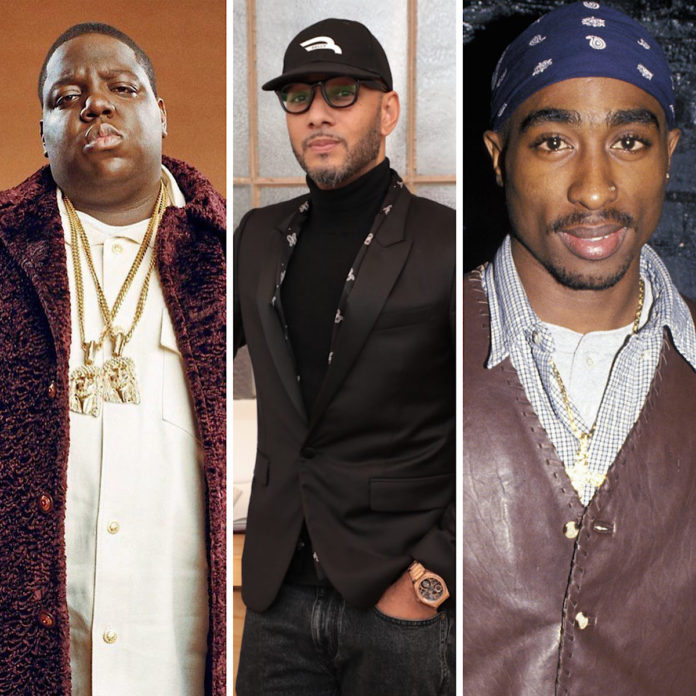 Swizz Beats and Timbaland will go down in history for changing the culture with the success of their Verzuz platform. Despite the changes they have made during this quarantine, they still have so much more they wanna do.

On January 22, Swizz and Timbaland both appeared on ESPN2’s “Jalen and Jacoby” to talk about some special plans they have in the works for the future. During their conversation, Swizz and Timbaland were asked to list their “holy grail” mashups. Both Verzuz creators dropped unexpected answers that peeked the hosts interest.

While Timbaland suggested icons, Michael Jackson and Prince, Swizz stated “My dream one, I want to figure out how to do Pac and Biggie in a way that the people is gonna really love it.” Timbaland replied with some excitement saying “I got a couple ideas. I’ma text you,” he said.

The duo says they have been getting a few suggestions on how they can emulate this vision. One possibility is using the technology to create life sized hologram.

We have been blessed with the sounds of Ashanti, Keyshia Cole, Brandy, Monica, Jeezy, Gucci Mane, Patti LaBelle, Gladys Knight, E-40, Too $hort and more. These memorable battles will soon upgrade in the weeks ahead. Verzuz and the NFL has teamed up with Swizz and Timbaland to curate four days full of football-inspired Verzuz battles. During the week of January 26 – 29, fans can watch competitive highlight battles between the most popular players in NFL history just in time for Super Bowl season.