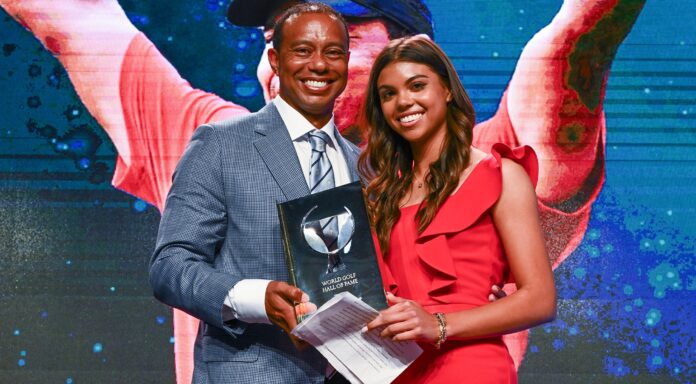 Tiger woods was inducted to the World Golf Hall of Fame at the age of 46 , started his career in golf at the age of 16 . His parents believed in him and took out a second mortgage that allowed him to play the junior circuit in California. This moment was very special to Woods as his 14 year old daughter, Sam Woods, gave a heart felt speech that brought Woods to tears. ”Dad, I inducted you into the Dad Hall of Fame a long time ago, but today, I am so proud to present my dad, Tiger Woods, into the World Golf Hall of Fame.”

When Woods got the opportunity to give his speech he did not speak on his 82 victories on the PGA Tour , his 15 majors, or the eight surgeries he has had. He spoke about the his parents that have taught him a lot of lessens that have helped him through out his legendary career and in life.

Congratulations to the legendary Tiger Woods on this milestone accomplishment.