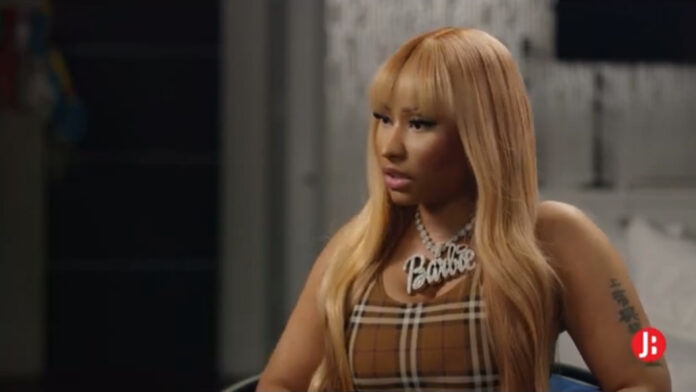 Onika Tanya Maraj-Petty is world renown via her stage name Nicki Minaj. She is a Trinidadian lyricist and songwriter who shot into her fame with her Billboard 200 chart-topping debut album Pink Friday in 2010. She is also known for her expressive and colorful personality that shines through in her lyrics, often portrayed via her alter ego performance personality and fashion looks. Her most iconic and synonymous look is her Pink hair stylings.

Recently Nicki sat down in an interview with fellow artist and friend Joe Budden, an American media personality. In the interview, Nicki shared her take on being a woman and aspiring to retire as a mogul.

“I don’t feel that female rappers, were given their just due. They should have retired as moguls. Why isn’t there a female version of Jay-Z? I’m going to be that person. I’m going to do that. I just haven’t done what I want to do, what I need to do, what I will do; Yet!”

She shares this with us in the bane of showing that success is within the perspective grasp of the beholder. Though the world may view her as established and complete, for herself, Nicki Minaj, she is not done and wants to go about her journey via her approach.

“There have been things I’ve put on hold in the last year or two. You never want to negotiate anything when your not at your best in terms of what you’re putting out into the world.”

In hindsight, she laments to releasing her Queen album in 2018, feeling as though she wasn’t ready, but she felt the pressure to perform and release something for the world.

“It’s always been my goal to show. You give everything away. You give it up, and then one day you wake up, and years have gone by. Was it worth it? Your art is your art. When the art is great, all that stuff comes. You don’t need to chase it. You don’t need to figure that out. It figures itself out. I don’t think the album should have been put out, in my opinion.”

She also shares how most of the world felt at the beginning of 2020 when the Covid pandemic tore into the world, encapsulating a pause of things on a massive and global scale. In addition to the synchronous world view, she was also dealing with writer’s block and pregnancy. She shares that helped her recenter her thoughts into the “moment.” As a result, she became more determined to focus on herself and her well-being, both for her betterment and the new life that she was bringing into the world.

“If I could have figured one thing out earlier: All this time I’m taking to rewrite and write, write, write, write. Spend half of that time on that and then the other half on going to get my deals.” She adds, “It’s nobody’s job to say Onika, you need to be selling your own stuff, that’s going to go back to you, and your son, and your son’s son.”

She leaves us with some parting words of wisdom. “Play on your strengths, and own that space. It’s important as a human being and an artist. You have to experience real life and real love; otherwise, what are you writing about.”