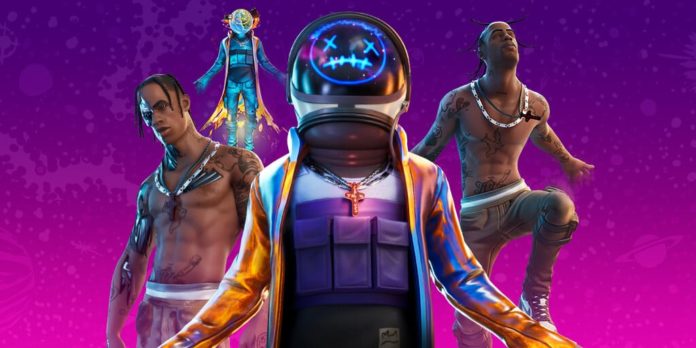 Fortnite has created a series of elaborate live events for gamers that enjoy the interactive online phenomenon. From the original rocket launch to the black hole that wiped out an entire island, these events create a sense of community and fun through a digital world. They have now added concerts to this series and started off with rapper and fashion icon, Travis Scott. Social media had a lot say about the spectacle as the concert added new layer of entertainment.

According to The Verge, “Epic had been setting the stage for the concert since last weekend — literally. Over the last few days players could see a stage being constructed at the Sweaty Sands beach, and it grew more complete as the days passed. There was a black stage on top of the water, and multiple gold, inflatable Travis Scott heads around it.”

The performance premiered April 23, 2020, promptly at 7:00 p.m. EST. The show lasted about 15 minutes and promoted some of Scotts’s most famous hits while being accompanied by a light show.

The rapper also debuted his new track, “The Scotts,” while being a part of the game in real time. The in-game concert grabbed the attention of over 12.3 million viewers, which have now made the live concert the game’s largest live event.