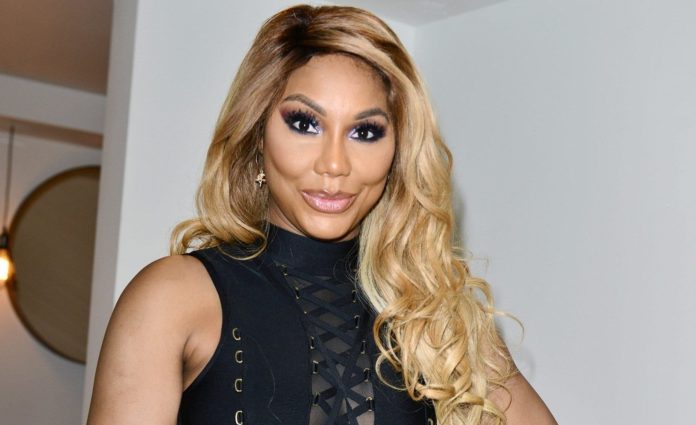 GRAMMY-nominated singer-songwriter and actress, Tamar Braxton, is putting her reality TV skills to good use with a new project coming to VH1. The “Braxton Family Values” star is partnering with celebrity hairstylist, Johnny Wright, for a new series called “To Catch A Beautician“. The show is about redeeming hair stylists who have been confronted by their clients in the past for their botched hairstyles.

Johnny Wright has worked with celebrities like Michelle Obama, Kerry Washington, Tamron Hall, Janet Mock, Queen Latifah, Regina King and Janelle Monáe! Braxton and Wright help clients confront the beautician who damaged their hair. According to Variety, “Wright then puts the stylists through a ‘hair boot camp’ before giving them the chance to redeem themselves by redoing their disgruntled clients’ hair.”

The show has been in secret production for about a year. “I’ve been so excited about this. This is like a dream come true to be able to host a show that’s so much fun with an amazing production company [Scout Productions] and amazing network like VH1,” Braxton claims. “To meet so many amazing people and to be able to inspire and be inspired at the same time, It’s such a feel good show.” She has made it apparent that she is highly grateful to be a part of this project as they help people in a funny and entertaining way.