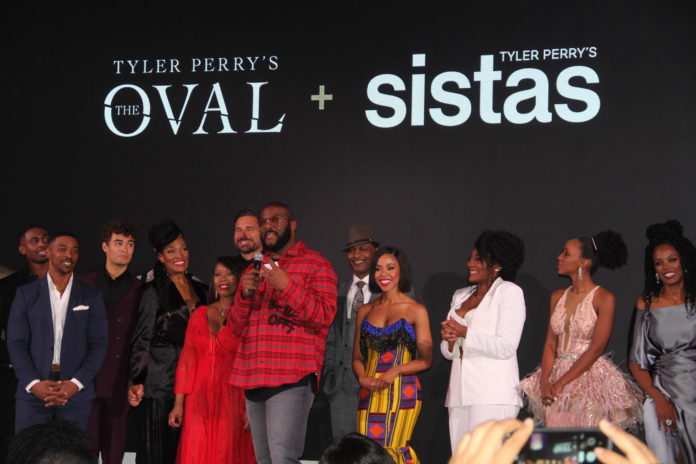 Tyler Perry has been known for taking over our televisions with drama and suspense, and he does not disappoint with new series The Oval and Sistas. On Sunday, October 20th, 2019 Tyler Perry and BET held a private event to premiere the first episodes of both shows in Atlanta. The cast from both shows were in attendance.

The Oval tells a story of a family placed in the White House by people of power while also highlighting the personal side and everyday lives of the staff who run the inner workings of the nations most iconic residence. “I want people to see themselves in one or more of the characters; not be afraid to see themselves in the characters. We have those sides of ourselves that sometimes, you know, we can’t address, but we want to address.” says actress Kron Moore who plays Victoria Franklin on The Oval.

Sistas follows a group of single black females as hey navigate their “complicated love lives”, careers and friendships through the ups-and-downs of unrealistic relationship goals. “Karen is so strong hearted, she is passionate and fearless. She says whats on her mind; and she will call her sisters out.” stated Ebony Obsidan who plays Karen Mott on the show.

Both shows premiere on BET back to back on Wednesday, October 23rd, 2019 starting with The Ovals at 9/8pm central.