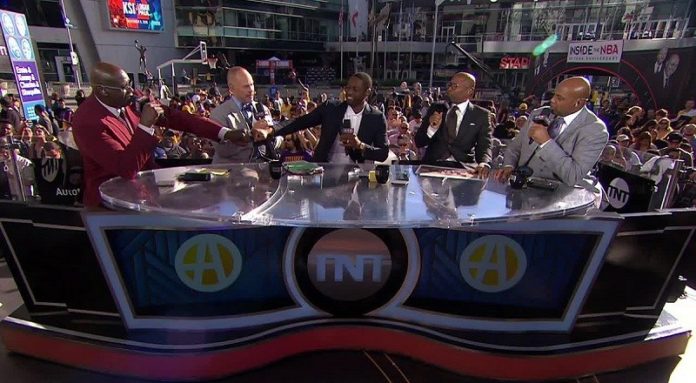 Dwyane Wade may have retired from the game of basketball but that doesn’t mean he’s completely done with the sport. According to The Washington post, Warner Media announced Tuesday that it has signed the NBA all-star to a “comprehensive, multiyear agreement” that sets Wade to be used in a variety of roles from sports, lifestyle and entertainment content. Wade joins former NBA players turned commentators such as Shaquille O’Neal, Charles Barkley and Kenny Smith.

Wade will reunite with former team mate O’Neal and WNBA star Candace Parker as an analyst on TNTs Tuesday nights “Players Only” programming. The program will feature former players highlighting the high spots of the game from a studio rather than giving a play-by-play commentary of the game “I have great respect for TNT’s team of analyst and their long-standing commitment to quality sports coverage, wade said In a prepared statement. “After sixteen seasons in the NBA, I look forward to connecting with my fans in this new role and bringing my own perspective to the game I love.” Aside from commentary, Wade will also provide analysis during the NCAA Final Four and contribute to special projects for Bleacher Report.

While announcing the agreement, Warner Media chairman Jeff Zucker called Wade a “transcendent star” with an “engaging and thoughtful personality.” Wade has also secured major endorsement deals with Gatorade, Hublot and Li-Ning sneakers in the past which made him favorable in the eyes of networks such as ESPN and TNT. His personality and love for the game pretty much made this new partnership inevitable.

Good Luck to Dwyane Wade in his new roles of sports entertainment television.