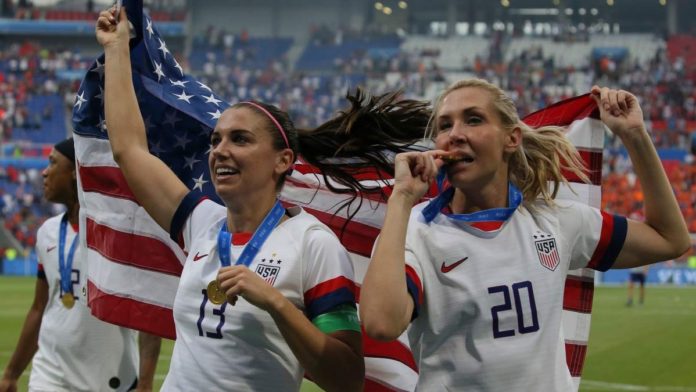 The women’s USA soccer Olympic team brought home the World Cup trophy, and America couldn’t be more overjoyed. They’ve won the battle on the field, but they still have one more battle to fight. The champions are demanding equal pay and better working conditions that the professional male athletes receive, and it seems as the champs will not give up without a good fight.

According to The Washington Post,members of the women’s soccer team sued the U.S. soccer federation for gender discrimination three months before the tournament kicked off on June 7th. The team definitely proved their worth with each victory they achieved, which gained everyone’s attention towards the women’s demands. After the huge victory on Sunday, the crowds were chanting “Equal Pay!”, and a hashtag for the demand floated around twitter. The team also received love from former first lady Michelle Obama, actor Ryan Reynolds, NFL players Tom Brady and Aaron Rogers and many more.

How do you feel about the Olympic champs demands? Let us know in the comments below!