Home Headline Vanessa Bell Calloway: Being A Voice and Survivor 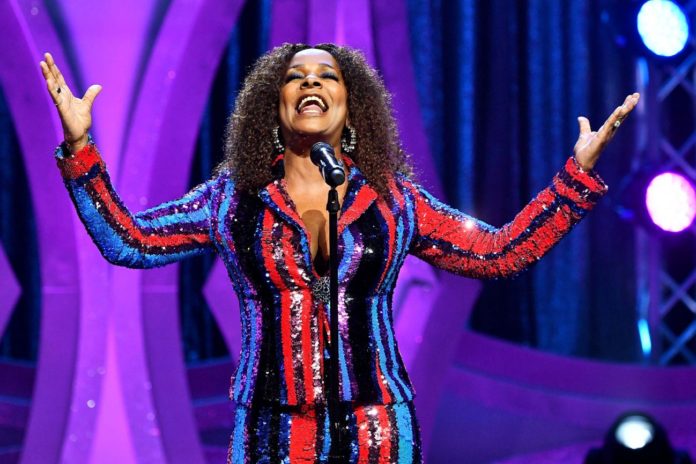 Vanessa Bell Calloway is a legendary actress, director, producer, mother, and most of all a 10-year breast cancer survivor. She was one of the honorees at BETHer Fights: Breast Cancer. Calloway is known for her iconic role as Princess Imani Izzi in “Coming to America”; which she will reprise in the upcoming sequel coming soon to theaters.

Last year, Vanessa was supposed to be honored at the award ceremony. “They wanted me last year but last year I was working or something I was unavailable. But the fact that they came back this year and said we really want you, and I said absolutely. I’m free, thank you so much! It means a lot when people acknowledge who you are and what you’re trying to do in the community and with your life. So anytime somebody wants to stop and give me kudos, honey I stop and take it”, says Calloway.

In the community, Vanessa is the face of the national Know Your Girls campaign sponsored by Susan G. Komen and the Ad Council. Calloway motivates women and girls to take control of their breast health. “It’s a campaign about do you know your girls, the women in your life, the Soros in your life, your mother’s, your sisters, but do you know your girls? And then I do a lot of one on one talking to people. I get a lot of calls from people like you know, ‘so and so told me to call you. I just found out that I have breast cancer’ and I just try to be encouraging and tell them my situation and hope that something I tell them can enlighten for them and help them out.”

She relaunched her celebrity talk show “In the Company of Friends: All Things Healthy” on Instagram TV to better acknowledge women’s health and wellness. “It an old web series that I did like about 10 or 15  years ago, but I relaunched it, and it’s kind of like a little talk show that we talked to breast cancer survivors. You’ll talk to some of my celebrity friends. We talked to specialists and doctors about, you know, breast cancer solutions, all things healthy, and the other things as well.”

Calloway currently stars in Bounce TV’s one-hour drama Saints & Sinners as the matriarch Lady Ella. They just completed the fourth season this past August. She is featured in the new Nate Parker movie “American Skin” which just won at the Venice Film Festival. She is also starring as Harriet Tubman’s mother, Rit Ross, in the Focus Features film Harriet in theaters November 1st, 2019.