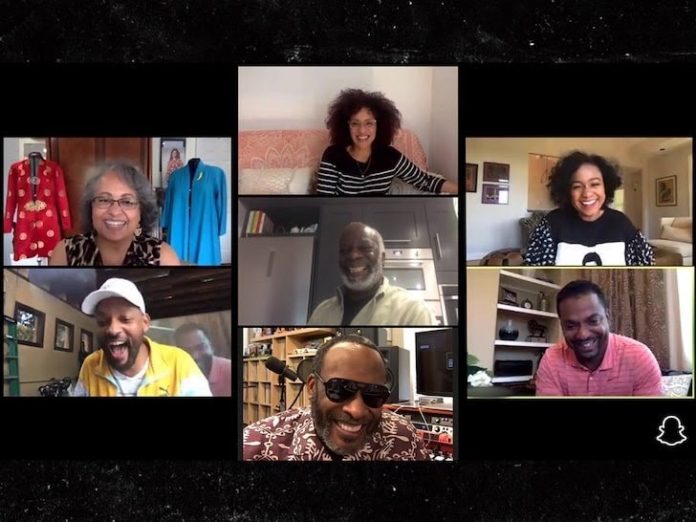 During quarantine, Smith teamed up with Snapchat for his WFH: Will From Home series. The series has provided an inside look into Smith’s life during quarantine.  It has featured guests such as Kevin James, Guy Fieri, Tyra Banks and more, as they practice social distancing while keeping people entertained. These interview style episodes give us an inside look on some of our favorite celebrities and shows.

The two part finale, which is taking place April 29th and 30th on Snapchat, Smith thought it would be fun to reflect on what made him a household name. What better way than to do that with the people who made it possible? So he gathered the crew from Fresh Prince of Bel-Air; Alfonso Ribeiro, Tatyana Ali, Karyn Parsons, Daphne Maxwell Reid, Joseph Marcell and DJ Jazzy Jeff. This episode they each shared their experiences from the show and what stuck with them their experience.

Fans were intrigued to find out it was Riberio, who played Carlton Banks, was the one who suggested Smith name the character after himself. “It was such a deep insight that you had,” Smith said. “You said because people are going to call you that for the rest of your life.”

But not everyone loved the fame; Dj Jazzy Jeff admitted to being annoyed by how many fans wanted to do his best friend [Will Smith] handshake with him. In totality, was all jokes and smiles with the group; something they can laugh at now.

Audiences loved seeing the group back together again, however James Avery, who played Uncle Phil was missed. The cast acknowledged his major impact on the show and Fresh Prince fans all over. The Thursday finale episode will be in his honor.

Check out Will From Home on SnapChat stories.