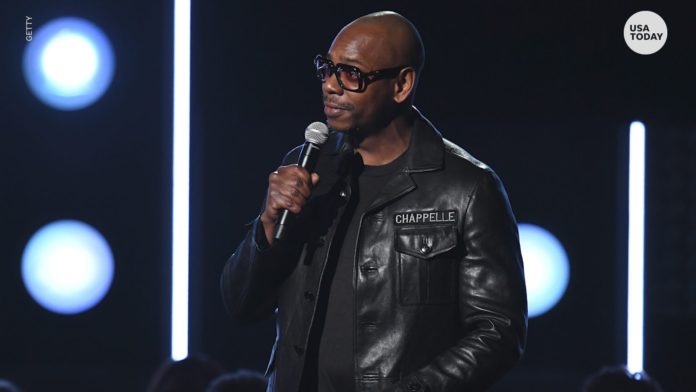 The classic 2003 comedy series ‘Chappelle Show’ swept audiences away with its short skirts and live audiences, now with Dave Chapelle’s permission, the series will premiere on Netflix again.

Dave Chappelle publicly let it be known that Comedy Central and ViacomCBS were licensing the show without additional payment to him. In response on Nov. 1st, Netflix pulled it. Chappelle was the creator, star, and executive producer of the show.

Chappelle announced the exciting news to fans during his set on Thursday. During a 10-minute performance titled “Redemption Song,” he thanked his fans for refusing to watch the show on the streaming service. He also posted the set to his Instagram account on Thursday night.

According to CNN, during his set he made a statement saying “I never asked Comedy Central for anything. If you remember, I said ‘I’m going to my real boss and I came to you’ because I know where my power lies,” Chappelle said during his set. “I asked you to stop watching the show and thank God almighty for you, you did. You made that show worthless because, without your eyes, it’s nothing. And when you stopped watching it they called me. And I got my name back. And I got my license back, and I got my show back, and they paid me millions of dollars. Thank you very much.”

Dave Chappelle also voices how the CBS Viacom network fell short of paying him but continued streaming and profiting off of his work.

“They (ViacomCBS) didn’t have to pay me because I signed the contract,” Chappelle said in November 2020. “But is that right? I found out that these people were streaming my work and they never had to ask me or they never have to tell me. Perfectly legal because I signed the contract. But is that right? I didn’t think so either. That’s why I like working for Netflix.”

As for streaming from Netflix, Dave says all he did was give co-CEO Ted Sarandos a call. During the call, he said, “This makes me feel bad. And you want to know what they did, they agreed that they would take it off their platform just so I could feel better.”

“Finally after all of these years I can finally say to Comedy Central, ‘It’s been a pleasure doing business with you,'” Chappelle said.

Seasons 1 and 2 of ‘Chappelle Show” are now currently streaming on Netflix.