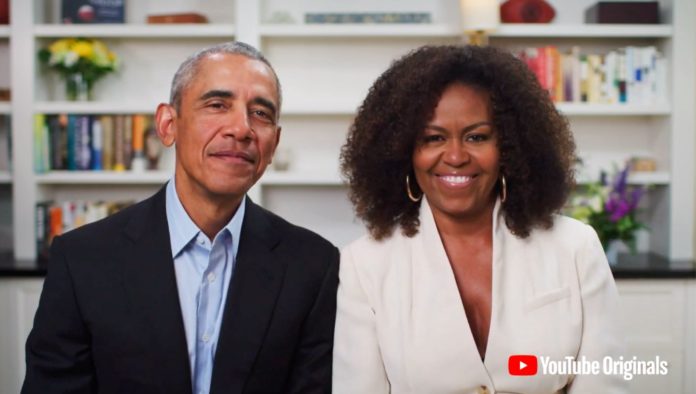 On Sunday June 7, YouTube Original held a four-hour virtual graduation ceremony called “Dear Class of 2020,” in honor of this year’s graduates coping with the coronavirus pandemic, and social justice movements. The ceremony was originally scheduled for Saturday June 6, but was moved in honor of George Floyd’s memorial which took place the same day.

According to BET, they celebrated the 2020 class by having headliners former President Barack Obama and former First Lady Michelle Obama praising the graduates for their dedication during their final months in school amid the pandemic. “So these past few months you’ve had to reach even higher. You weren’t just adjusting to a virtual classroom. You were helping your teachers adjust their audio so the rest of the class could hear. You weren’t just taking your finals online, you were making sure your siblings had enough time on the computer too, to do their work. And you weren’t just hanging out with your friends in that group chat. You were supporting them through all this uncertainty and loss.”

They also had a group of star-studded commencement speakers such as Beyoncé, BTS, Lady Gaga, Secretary Condoleezza Rice and many others.

Following the Obama’s inspirational speech was the main commencement address delivered by Beyonce who shed light on the recent protests. “You have arrived, here in the middle of a global crisis, a racial pandemic and worldwide expression of outrage at the senseless killing of yet another unarmed Black human being. And you still made it. We’re so proud of you.”

The singer also acknowledged those who are marching and demanding justice. “Thank you for using your collective voice and letting the world know that Black lives matter. The killings of George Floyd, Ahmaud Arbery,Breonna Taylor, and so many others have left us all broken.”

Other celebrities like Alicia Keys, Missy Elliott, Michael B. Jordan, Taylor Swift, and Justin Timberlake made an appearance. CNN reports, artists like Lizzo, BTS,the New York Philharmonic and many others performed.