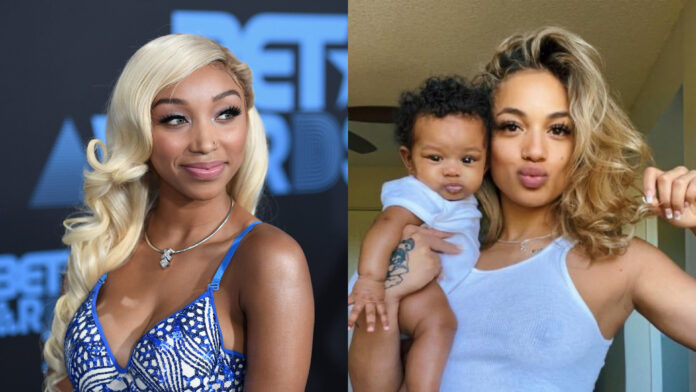 As the new year arrived, The Mix talk show host reflected on headline stories in 2021. Tameka ‘Tiny’ Harris‘ daughter and co-host of The Mix, Zonnique spoke on a story that touched many women, DaniLeigh and DaBaby going viral after their break up.

“This was just a really big headline that I feel like touched me as a mom,” Zonnique expressed to her co-hosts, “and I did not like it”. The singer/songwriter just recently had a baby and related to being a new mother doing stressful times. “Us moms, we go through a lot just being a mom already, and then first time moms, we go through the most.”

This news came as a response to DaBaby and DaniLeigh. The two experienced a huge break up as the world watched the two exchange words and post on Instagram.

Postprtum depression has such a huge effect on new mothers, Zonnique empathized with DaniLeigh. “We (new moms) go through postpartum and things like”, she continued, “I just want to send all my love to her” Zonnique stated.