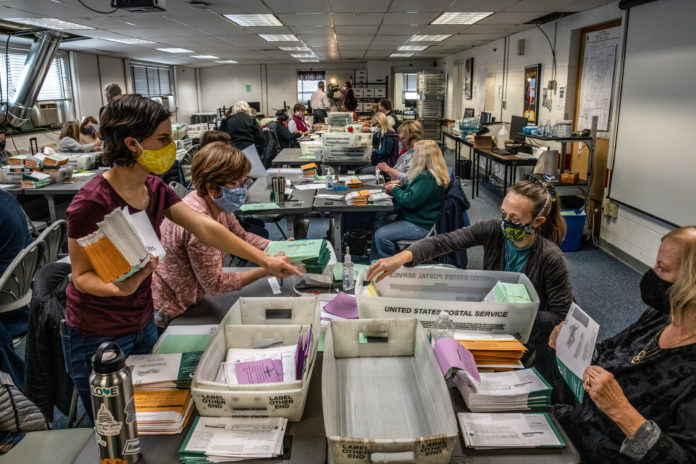 It’s been 2 days since Election Day and needless to say votes are still coming in and results for the next President aren’t yet decided.

There are a few states that have vote’s that are still being counted such as Nevada, Georgia, Arizona, North Carolina, and Pennsylvania. As of now, we are just awaiting the numbers from Nevada.

Now, there have been a few discrepancies that have occurred within days leading to and after Election Day. First, on November 4, The Trump campaign and the Georgia Republican Party have filed a lawsuit against the Chatham County Board of Elections. According to the lawsuit, a Republican observer witnessed a poll worker take absentee ballots received after 7:00 p.m. from a back room and mix them into processed absentee ballots waiting to be counted.

Then, Trump’s campaign filed a lawsuit to stop counting the ballots in both Michigan and Pennsylvania.

In an Essence article Biden says “We’re feeling good about where we are,” before telling the crowd, “And by the way, we’re going to win Pennsylvania.”

We hope to have some news sooner than later!