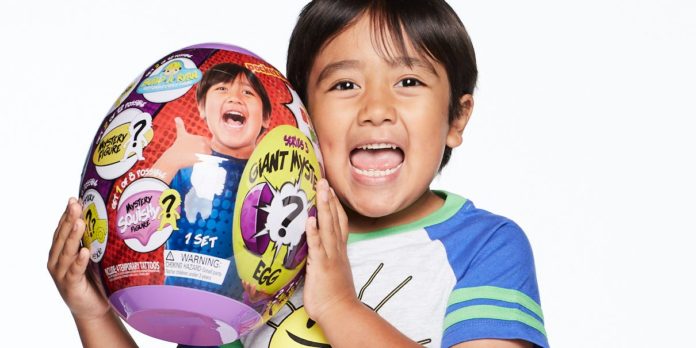 YouTube was launched in 2005 with the intention to give creatives a platform to upload videos that can be shared with a large audience. No matter the quality of the video, this gave you a space where you can just be yourself and receive the feedback of others through comments and video shares. What once was a platform that creatives used to just have fun, has now transformed into a multimillion dollar business and a full time job for most YouTubers. Now through the power of brand development, sponsors and ad shares, it is now possible for someone to pick up a camera and run a business through the power of the lens. YouTubers like Jeffree Star, PewDiePie, Markiplier, and Dude Perfect have been the top of the food chain based on their earnings all though they have all found a different genres of video content to produce for their audience. All these creators are great but are none are a match for 8-year-old, Ryan Kaji, who was announced the highest earning YouTuber for the second year in a row.

Ryan Kaji created the channel back in March 2015 and named it, Ryan’s World. According to the description, “Ryan loves doing lots of fun things like pretend play, science experiments, music videos, skits, challenges, DIY arts and crafts and more!!!” This has landed the channel 23 million subscribers and more than 34 billion views. The channel is run by Ryan and his parents who guide the content that is shared to the public with their young son as the star. The brand has now expanded into toys and clothing that can be purchased at Target and Walmart. As well as a television series that can be viewed on Nickelodeon and HULU. The viewer demographic has a wide age range and the family friendly content allows for the opportunity to continue to grow their audience over the years. Kaji earned an estimated $26 million, according to Forbes, based on pretax figures from June 2018 to June 2019.