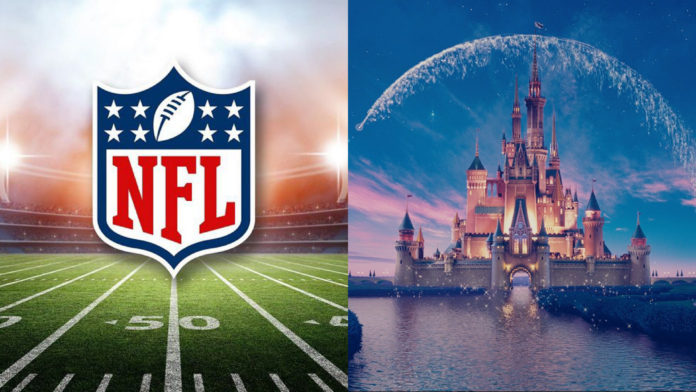 The Best of Both Worlds have partnered just in time for the 2021 NFL Draft on a co-branded appeal collection. The collection will feature Disney’s Micky Mouse, characters from Star Wars galaxy, Marvel Universe in NFL themed apparel.

“We are always looking for ways to engage with our fans in new and unexpected ways, and this collaboration with the NFL allows us to do just that,” said Josh Silverman, Executive Vice President, Third-Party Commercialization, Disney Consumer Products, Games and Publishing. “Fans can now celebrate their favorite teams and characters from Disney, Marvel, and Star Wars, and all in time for the 2021 NFL season to begin.”

The collection is the NFL’s and Disneys most extensive collection together and will offer unisex retro art design in the following according to the press release:

Ruggiero said the collection is launching ahead of the 2021 NFL Draft and the teams are excited to celebrate characters people adore such as Mickey Mouse, Marvel’s Captain America, and Luke Skywalker designed alongside their favorite NFL teams.