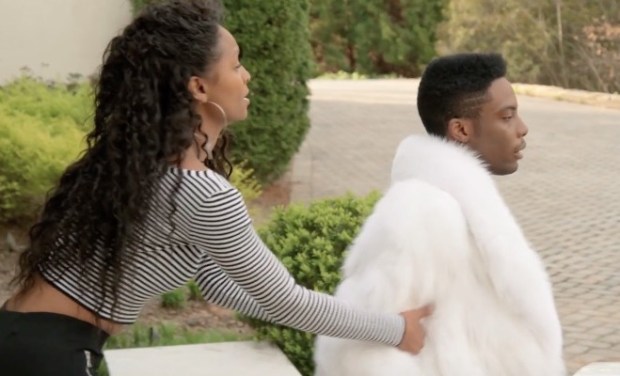 BET has just aired the highly anticipated Bobby Brown biopic this Wednesday and fans have shown their excitement through every social media outlet. The biopic goes into the life of Brown and his many successes as well as some of his downfalls. Fans were forced to do a double-take though when the movie alluded to that fact that Bobby Brown and Janet Jackson at one point in time had a romance with one another.

Actress Cree Davis had the opportunity to play the well-known and respected Janet Jackson, but she faced an obstacle by not having the chance to meet her character in person. Many times when actors and actresses are starring in a film portraying a celebrity they often receive the opportunity to build a connection with them and receive tips, pointers, and helpful advice along the way.

In an interview with JaGurl TV Davis talks about what steps she had to take in order to get the role of Jackson down to a science. “I watched and breathed everything Janet for a few weeks from when she was Penny to when she was an icon,” said Davis. “I watched her movies, music videos, TV shows and interviews to be able to breathe in her personification and breathe it out through my acting in the scenes.”

Cree Davis is also a vocalist, and she has just recently released her rendition on the famous song “Roni” by Bobby Brown himself. “The song is about how it is okay to require and stand in you not wanting to share your man and everything that comes with that man,” says Davis. “We are not sharing anymore and it’s time to be stingy.” We look forward to seeing these new and upcoming projects from this extraordinary cast member and everything she has to offer!