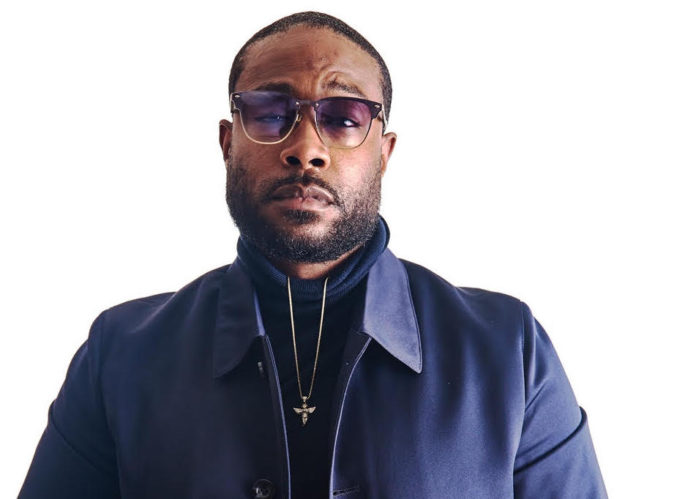 AMN Bleek was born in Rochester, NY which is the city where he fell in love with Hip Hop at a young age. He then moved to Florida as a teenager, but was heavily influenced by NY artists like Fabolous and Dipset. So at the age of 15 years old he started rapping and learning the craft. He was very different from other kids in Florida and never really fit in so he stayed in trouble. So he bounced around a lot and never really made friends growing up. As trouble continued to follow him as he got older it eventually landed him in federal prison. Which he then met David Lincoln Hyatt. Hyatt was known for discovering singer R. Kelly and released the singers first ever single on his record label Tavdash Records and also got him signed on Jive Records. Hyatt was sentenced to life in prison without parole and died in 2015 from prostate cancer.

Once meeting Hyatt in prison, Bleek went under his wing. Hyatt became a mentor and somewhat a hero you can say to Bleek. Bleek learned how to become a man and appreciate the craft it goes into music. He then decided to learn his craft and become a better man.

Bleek states that viewers will be able to see what he has gone through because he tells a story in his music which they will feel like they were there in that moment. He feels that some might even get a laugh or two. Set so far apart from the dumbed down bars that has become the industry’s norm, Bleek carries the huge shadow of mystery, that intrigues his audience. Each song is a continuation of his untold story, stringing every ear along, leaving them lingering around for the next track.

Yes, you’ll hear remnants of Dipset, Fab, and LL throughout with smooth/chill melodious hooks influenced by Sade and Maxwell. AMN Bleek is definitely in a lane of his own, revealing himself one layer, or song, at a time. The challenges this kid has overcome in such a short period paints the perfect portrait of a humble superstar.

Listen to his single Homecoming here.