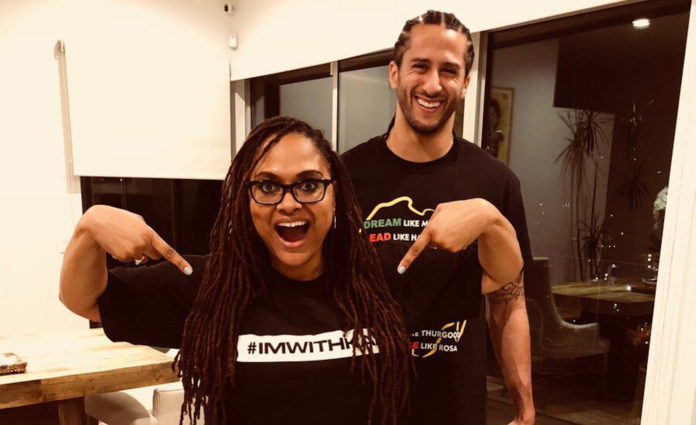 Ava DuVernay has spent her 10 year career molding herself as a powerhouse in the film industry. If she is not in the streets fighting for the rights of minorities, she’s creating films that lead the way in innovation and thought provoking conversation. After years of work, Ava has now built a great reputation with the media streaming service, Netflix. The two have joined forces again to bring us a new series about the life of former NFL player and social activist, Colin Kaepernick.

The six episode series titled, Colin in Black & White, is based on Kaepernick’s high school years. Collaboratively written and executive produced by DuVernay and Michael Starrbury, who previously worked on the Emmy nominated series “When They See Us,” will bring real life events to our screens after consulting with Kaepernick himself.

“The series will focus on Kaepernick’s formative high school years, lending meaningful insight into the acts and experiences that led him to become the activist he is today,” Netflix said in a statement.

DuVernay, announced in a statement on Twitter that Kaepernick’s career “ignited a national conversation about race and justice with far-reaching consequences for football, culture and for him, personally.” She continued, “Colin’s story has much to say about identity, sports and the enduring spirit of protest and resilience. I couldn’t be happier than to tell this story with the team at Netflix.”

According to CNN, Kaepernick made national news in 2016 when he refused to stand for the National Anthem before his NFL games. His protest was to shame the constant injustice faced by African-Americans men in the United States and the legal system.

No word on when the series is set to release but this is sure to be the next hot commodity in the world of Netflix.