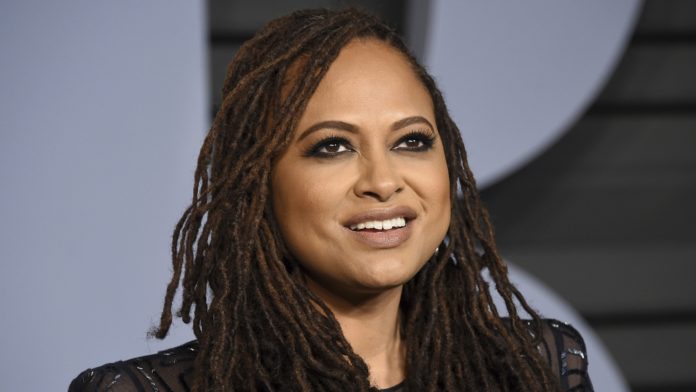 “I was deeply moved,” DuVernay tells TIME. “The idea that one artist was able to unite a very striking written voice with a visual voice—a marriage of the vocabulary it takes to be potent in both forms—was very interesting to me.”

DuVernay has now recruited Lofton to create a visual poem to shed light on police brutality. The poem will be apart of the critically-acclaimed director’s Law Enforcement Accountability Project (LEAP).

The result of their extraordinary partnership, “Would You Kill God Too?,” which debuted this past Sunday.

In the poem, the Atlanta-based poet asks three questions to the Louisville Metro Police Department (LMPD)–Jonathan Mattingly, Brett Hankison, and Myles Cosgrove— who conducted the “no-knock” warrant on Taylor’s apartment. Collectively the officers shot more than thirty shots, killing the 26-year-old EMT in her own home.

“How do you explain this to your children?” Lofton asks the officers in the video. “Did you tell them the blood on your shoes belonged to a Black girl, or is she not worth mentioning?… God was in the room when you made a massacre out of someone’s child.”

“I wanted to confront them like they confronted Breonna,” Lofton explains. “It’s so important to constantly name the officers, so they don’t get to go back and just live their lives after they’ve taken someone’s life.”

Since Taylor’s murder only one officer, Hankison, has been charged.

“Once they kill Black people, do we just accept that they disappear behind a blue shield?” DuVernay asks. “As an artist, I have no domain on how to fight that other than to tell people in this country that we don’t have to let these officers walk away.”

Watch the powerful visual poem below.