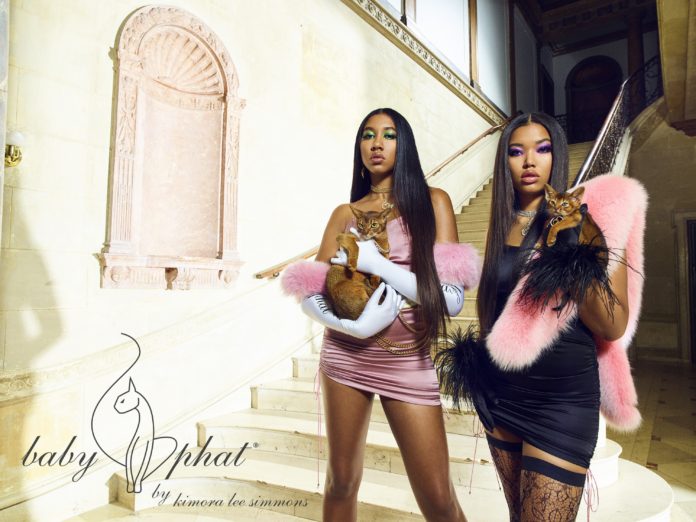 Identified as a 2000s fashion line staple, Baby Phat is making a comeback. Founded by Kimora Lee Simmons, in 1999, the brand saw great success amongst its young, fashionable, female audience. Baby Phat’s recognizable sexy cat logo has been worn by celebrities such as Rhianna, Lil Kim, and Chrissy Teigen.  However, due to increased competition by 2011, the brand was no longer the most sought after urban clothing line marketed for women.

This year, Kimora Lee Simmons announced the resurgence of the Baby Phat line and will be bringing her two daughters, Aoki and Ming Lee on board to consult for the re-launch. Baby Phat, an offshoot of Simmons’ then husband’s brand Phat Farm clothing, will collaborate with popular retailer Forever 21. “We’ve really rolled up our sleeves to continue in our mom’s footsteps. Working together and having a say is energizing, “says Ming Lee Simmons.” The new collection will include 2000s inspired pieces with a modern influence.

When asked, why she chose to return to street wear after having worked in both that category as well as in luxury clothing design, Kimora told Essence magazine that, “We defined AND invented urban wear and streetwear for women. It didn’t exist for women before that, and any time you can bring representation to a once-ignored community, that makes its mark.” Simmons said that her daughters have a hand on how their generation shops with and through social media. Sites like Instagram and Facebook which are both shoppable, did not exist during the emerging days of Baby Phat. Fans can shop the new collection of Baby Phat at Forever21.com