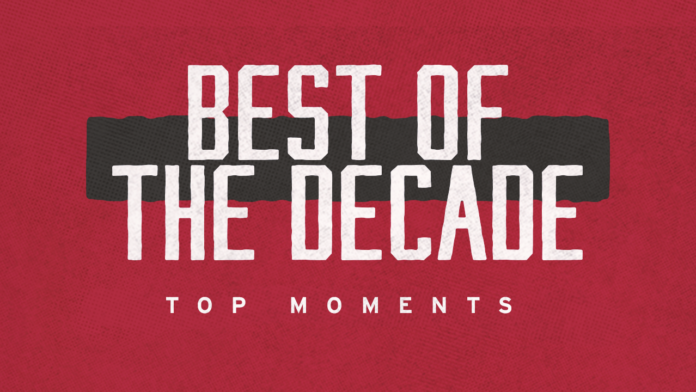 As this decade comes to a close, we see people reflecting all over social media. The good, the bad, and the infamous will stick with us for years to come. A shift is happening in 2020 and it is out with the old and in with the new. That doesn’t mean we can’t look back and remember some of the highlights of the decade. Here is a list of some of our most memorable moments that happened each year.

November 6, 2012, Barak Obama was re-elected as President of the United States. He won 65,899,660 popular votes and 332 electoral votes, with two states less than in his 2008 victory. His campaign lead him to be re-elected for his second term as the 44th as President.

On July 13, 2013, the Black Lives Matter organization was officially launched. The movement began with the use of the hashtag #BlackLivesMatter on social media after the acquittal of George Zimmerman after the untimely death of African-American teen Trayvon Martin.

June 25, 2014, Beyonce and Jay Z begin the “On the Run” tour. For each ticket sold, $1 was donated to the “Shawn Carter Foundation” set up to “help and support existing students of the foundation that represent diverse backgrounds, and face significant barriers to success such as teen pregnancy, homelessness, poverty, former incarceration, sexual and domestic abuse, and gang membership.”

The 49ers’ Colin Kaepernick, began taking a knee during the pre-game U.S. national anthem creating a stand for justice and equality for all. Kaepernick says he refused to stand during the national anthem before their game against the Green Bay Packers because of his views on the country’s treatment of racial minorities.

August 21, 2017, A complete solar total eclipse captivated the nation. Millions of Americans traveled and camped out to witness the rare event dubbed the “Great American Eclipse” by the media.

The world watches as Meghan Markle becomes black royalty after marrying Prince Harry. The wedding of Prince Harry and Meghan Markle was held on 19 May 2018 in St George’s Chapel at Windsor Castle in the United Kingdom.

We are looking forward to what this next decade will bring! See you all in 2020!