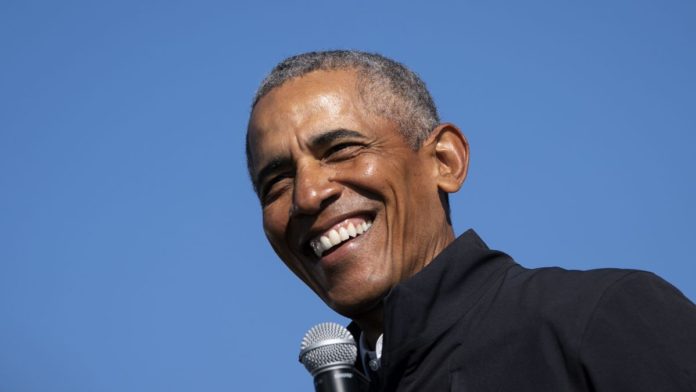 Former President Barack Obama has released his traditional annual year-end recap of his favorite things from 2020.

Obama shared his lists of favorite movies, music, and books in a series of tweets.

The 44th President started his series of tweets with his favorite books of the year.

“As 2020 comes to a close,” Obama tweets. “I wanted to share my annual lists of favorites. I’ll start by sharing my favorite books this year, deliberately omitting what I think is a pretty good book – A Promised Land – by a certain 44th president. I hope you enjoy reading these as much as I did.”

The following day, he introduced a new category to this year’s favorites, visual storytelling.

“Like everyone else, we were stuck inside a lot this year and with streaming further blurring the lines between theatrical movies and television features,” the former president writes. “I’ve expanded the list to include visual storytelling that I’ve enjoyed this year, regardless of the format.”

Not all Obama’s favorite shows came as a surprise, in a recent interview, Obama tells Entertainment Weekly the outlets that he used to unwind while writing his memoir, A Promised Land.

The shows that helped him through the writing process were Better Call Saul, The Good Place, Watchmen, and The Boys.

The music category was his final tweet, with the aid of his personal musical consultant and youngest daughter Sasha, Obama composed a list of this year’s best singles.