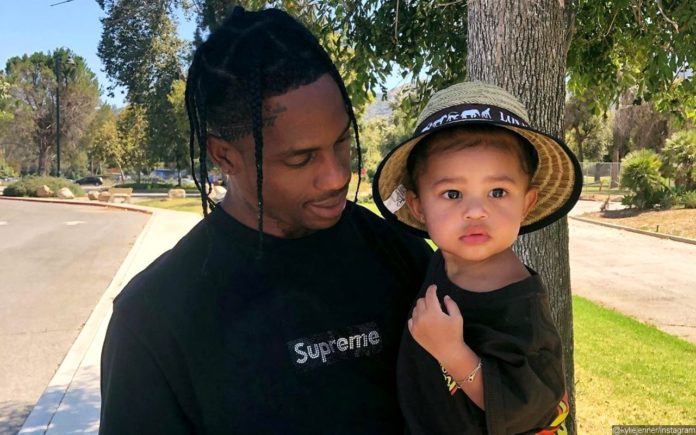 In addition to providing toys, the event provided attending families with free meals, Christmas trees, and protective gear to help families stop the spread of COVID-19.

By the end of the event, Scott and the foundation has gifted 2,000 essential goods to locals.

Makeup mogul Kylie Jenner attended the event with their daughter Stormi. She took to her Instagram story to share an image of the 2-year-old supporting her father.

Early this year the duo sparked rumors that they were back together. But a source informed PEOPLE, that although the duo are very close they have not rekindled their romance.

“There is a lot of love between Travis and Kylie, and they’re even openly affectionate,” the insider said at the time. “But, they are not back together, and neither is in a place to be in a committed relationship.”