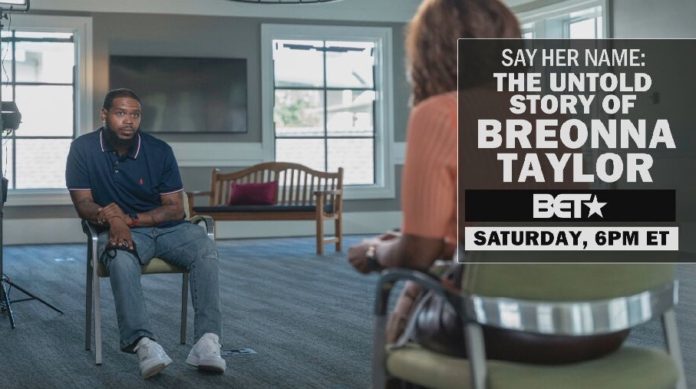 For the first time Walker is publicly sharing his version of what happened the night Taylor was killed by police gunfire in a botched drug raid. The special juxtaposes Walker’s account of the shooting with the markedly different timeline presented by Louisville police officers and the Kentucky Attorney General. In the intimate conversation, Walker paints a picture of the future he and Breonna Taylor were planning together.

The special will include a personal interview at home with Kenneth and his parents who love and miss Breonna deeply, and look at the global protests that have emerged from Breonna’s case. To round out the hour “Say Her Name” will examine where the case stands now and what justice looks like for Breonna and Kenneth.

“Say Her Name: The Untold Story of Breonna Taylor” will air at 6pm ET/PT on BET.

Watch the preview below: