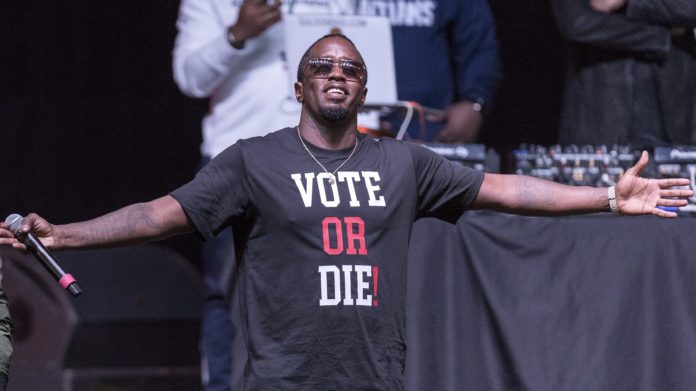 Diddy partners with Revolt TV to relaunch his “Vote or Die” campaign in hopes to inspire young voters to participate in the 2020 presidential elections.

Diddy’s “Vote or Die” campaign originally launched in 2004 and enlisted celebrities to encourage the younger generation to vote. Since then the campaign has gone silent until recently. To jumpstart the relaunch of the 2020 “Vote or Die” campaign started on Sept. 24th with a town hall meeting,  State of Emergency: Election Day, and Black America.

Inspired by Diddy’s town hall meeting, Revolt Black News (RBN) detailed a recap of both the 2020 Presidential and Vice Presidential debate. RBN’s debate coverage broke down elements discussed during the debate and offered further explanations through interviews with politicians, political commentators, and prominent political voices in the Black Community.

“Our research shows that the youth are desperate for a definitive shift in how America works,” says Detavio Samuels, Chief Operating Officer, REVOLT TV. “So it’s critical that we inform and politically activate this generation to take action and define the future.”

In order to reintroduce “Vote or Die” to the younger generation, REVOLT will enlist celebrities, artists, activists, and cultural leaders wearing the iconic VOTE OR DIE! t-shits. The new Vote or Die t-shirts are currently available on Diddy’s website.

During the months leading up until the presidential election, REVOLT will host weeks of VOTE or DIE! content in order to encourage voter participation.