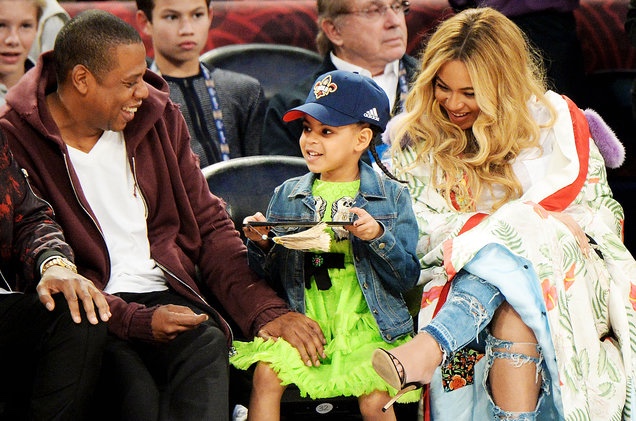 The wedding planner battling Beyoncé over the use of the name “Blue Ivy” is demanding the pop star hand over private communications with Jay-Z and her mother, Tina Knowles.

According to documents obtained by The Blast, Veronica Morales has requested a list of documents and communications from Beyoncé in their trademark battle.

Morales wants Beyoncé to turn over all documents showing any evidence she planned to actually use the trademark “Blue Ivy” (since Morales doesn’t believe the singer ever planned to use it) and any samples of her intent to use the name. Morales is also seeking all communications with Jay-Z relating to their 2016 trademark application, any communications of her or Jay-Z knowing about “Blue Ivy” before their daughter was born in February 2012, and any records of convos with Bey and her mother about the mark.

Beyoncé has thus far refused to hand over the documents and is demanding a protective order be entered which would prohibit Morales or her legal team from leaking the confidential information.

In 2017, Beyonce filed to lock down the rights to the trademark “Blue Ivy Carter” to make sure she had the exclusive use of her daughter’s name. Soon after, Veronica Morales, the owner of a wedding planning company named Blue Ivy, filed to oppose the singer’s application, demanding the pop star not allowed to trademark the name.

Morales’ company had been around three years before Beyoncé’s daughter was born. She pointed out in her opposition that Jay-Z even spoke to Vanity Fair admitting they had no intention of using the Blue Ivy mark to sell products but wanted to prevent others from profiting. The battle has been going on over a year and turned particularly nasty last year with Beyoncé accusing Morales of offering to sell her company for $10 million to the singer. Morales denied the allegations.