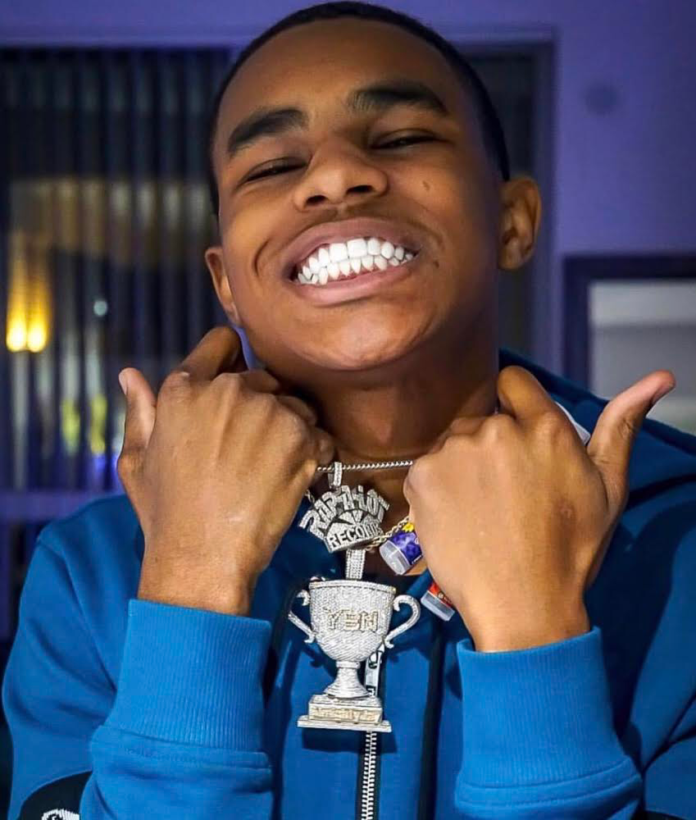 Alabama Rapper, YBN Almighty Jay is currently recovering from a multiple stab wounds from a street fight that occurred on Friday in Manhattan, New York. The 19 year old rapper was jumped by several guys in Manhattan around midnight in a residential building. A video went viral of the altercation occurring.

According to TMZ “Jay was hospitalized for a couple of days to get treated for injuries sustained Friday after a street fight was followed by a separate attack and robbery later in the night—Our sources say along with getting stomped on and having his chains jacked, Jay got stabbed several times with a blade … and suffered head and facial lacerations when someone cracked a Hennessy bottle over his head. His face was sliced up so badly, he reportedly required 300 stitches.”

NYPD reported that the police officers responded to a call regarding the brawl at 12:30am on Saturday. They found the rapper bleeding from his face. He was then rushed to the hospital and treated for his injuries.

TMZ also reports that “YBN Almighty Jay’s alleged attackers, including Zae Numbafive, are flaunting the rapper’s stolen chain in a new music video — right on the heels of J Prince putting out an APB to his “mob ties” to nab Zae and his crew.