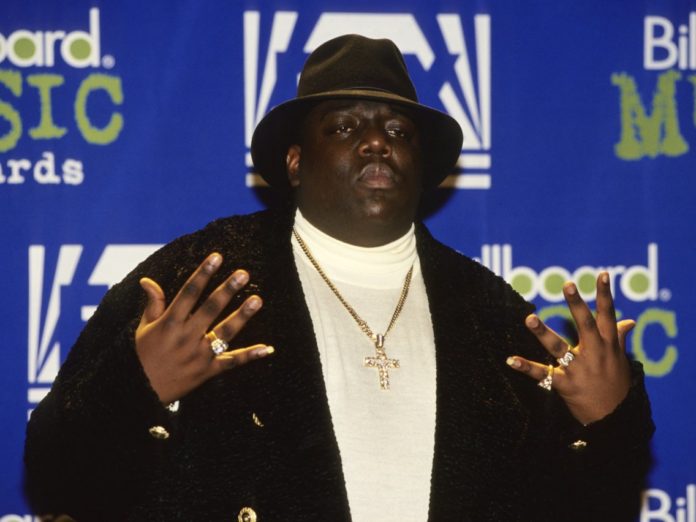 “Juicy” is the first single by American rapper The Notorious B.I.G. from his 1994 debut album Ready to Die. Last week, rap history was made when B.I.G. born, Christopher Wallace was officially announced as a 2020 inductee of the Rock & Roll Hall of Fame. He is the 7th rap performer to be inducted. Wallace was announced as an inductee along with legendary singer Whitney Houston. His best friend Sean Combs, a.k.a. Diddy, took to social media to announce the achievement last week.

“BIGGIE YOU DID IT!” Combs wrote on Instagram while he shouted to the sky with “Juicy” playing in the background.

Plans are being made to celebrate the induction by Diddy and singer Faith Evans, whom Biggie was married to at the time of his death. The ceremony will take place live on HBO May 2nd, 2020, just a few weeks before Biggies birthday.

A source close to TMZ revealed that combs is making plans to honor Biggie for the induction although it’s not clear whether or not that will include a performance. Faith Evans also expressed her excitement for her ex-husband’s induction to the Rock ‘n’ Roll Hall of Fame. It seems natural that she would be included in the honor for him as well.

The induction will occur in Cleveland, Ohio presented by Klipsch Audio. It will be held at Public Auditorium. Tickets to attend go on sale to the general public February 27th at 10 a.m. The Notorious B.I.G. will join the ranks of fellow rap artist inductees such as The Beastie Boys, N.W.A. and Run D.M.C.