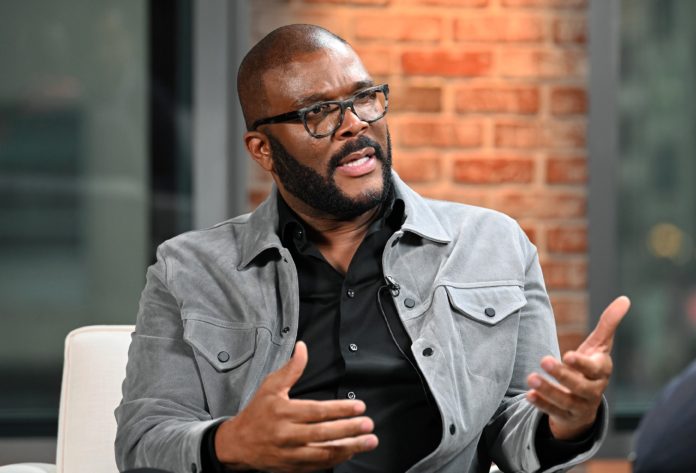 ‘A Fall From Grace’ is the latest film released from Tyler Perry Studios. The Netflix film was reportedly shot in just five days. Perry is known for using strong emotional content in his scripts to connect with his audience. This film is no different. Perry sat down with news anchor Francesca Amiker in Atlanta to talk about the language chosen in the movie, which triggered a telling response from the reporter.

“It hurt me so much because it was almost as if you were revealing how so many black men talk to the black queens out there.” Amiker was specifically referring to a scene in the movie where actor Mechad Brooks used the words “Weak”, “Old” and “Low hanging fruit”. Perry responded, “Every time I’m writing these roles and I’m speaking to a woman…what I’m trying to get her to do is to have the reaction that you just had, being I am insulted by this and I’m hurt by this. So I will never allow this to happen to me in my life. So if I can convey that message to someone who’s in that sort of position, and I’ve done exactly what I’ve sought out to do.”

Amiker is the same reporter who was able to create that unforgettable red carpet moment when Perry called over Oprah Winfrey for a few words at the grand opening of Tyler Perry Studios last year.

The film’s cast includes Phylicia Rashad, Cicily Tyson and Crystal Fox. A romantic thriller, it follows a newly divorced woman who begins dating again and finds her new beau is not the man she thought he was. The movie was released on January 17th, also stars Perry himself.